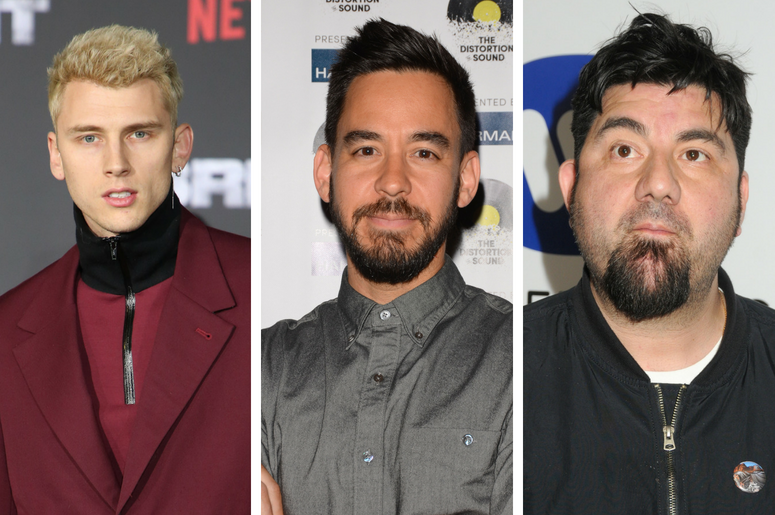 Mike Shinoda surprised fans earlier today with a music video for the latest track of his Post Traumatic album -- his first musical endeavor since the tragic death of Linkin Park bandmate Chester Bennington.

"Lift Off" features Chino Moreno of the Deftones and Machine Gun Kelly. It's also the latest in a series of videos that Shinoda has released via social media since announcing the album. Check out the dramatic, black-and-white music video for "Lift Off" below:

Other notable guests on Post Traumatic, besides a few Linkin Park bandmates, include Blackbear, K.Flay, and Ross Golan.

Meanwhile, Shinoda has openly discussed how making the album helped him in his own grieving process, following Bennington's death. Each track, including the initial three songs which appeared on the Post Traumatic EP, give fans a glimpse into the artist both dealing with the loss and how to move on.