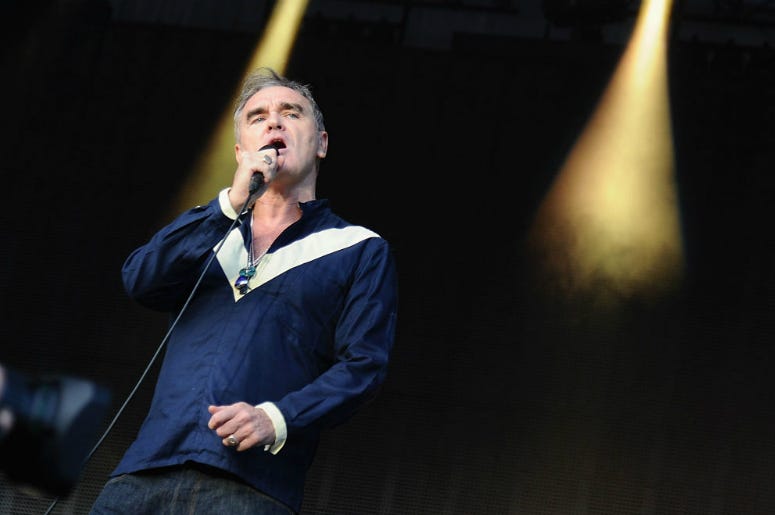 Despite finding himself in the middle of a few political and social controversies in recent months, Morrissey continues to surprise fans with new music here and there -- including today's release of "Blue Dreamers Eyes."

The track was released as the above video, shared by Morrissey's nephew, photographer Sam Esty Rayner, who reportedly shot and edited the clip himself. It seems to elude to a few of the controversial comments the singer has caught heat for making recently.