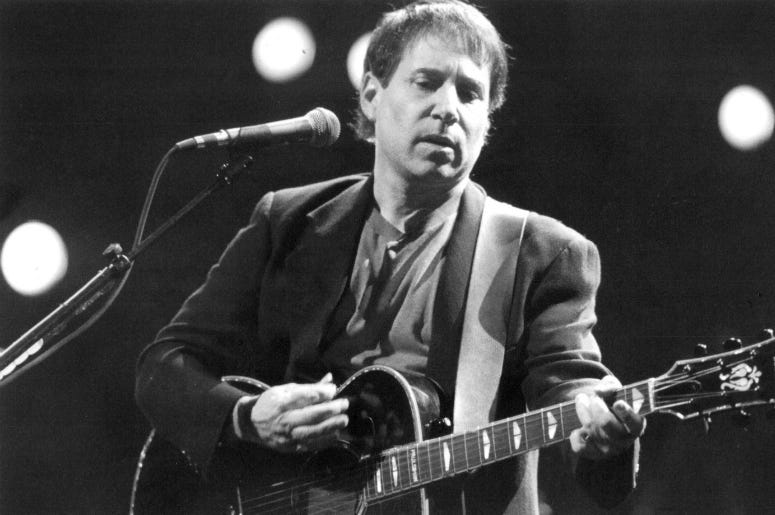 As Paul Simon continues his farewell tour around the world, the music legend will be leaving fans one final gift before calling it a career -- his 14th and final album, In The Blue Light.

The album, which consists primarily of reworked classics, is set for a September 8 release. On his website, the iconic singer-songwriter says it "consists of songs that I thought were almost right, or were odd enough to be overlooked the first time around." He goes on to say, "re-doing arrangements, harmonic structures, and lyrics that didn't make their meaning clear, gave me time to clarify in my own head what I wanted to say, or realize what I was thinking and make it more easily understood."

Here is the complete tracklisting:

The album will also feature some of Simon's talented friends, including Wynton Marsalis, guitarist Bill Frisell, as well as drummers Jack DeJohnette and Steve Gadd.

Meanwhile, Paul Simon has said he won't completely disappear. He says he'll still do the occasional appearance and benefit show, but that he is ready to start spending more time with his family.