Last year, 2 Chainz told the world that his fifth studio album, Rap or Go to the League, would be out soon. And most of us got hyped. 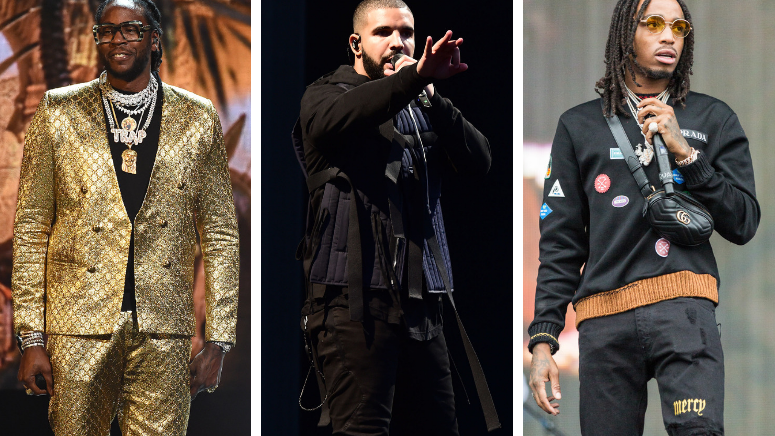 2 Chainz, Drake & Quavo Go To School in ‘Bigger Than You’ Music Video

Now, months later, we are coming out saying the wait was worth it. Besides the fact that it's just a fire album from start to finish, with socio-political themes throughout, ROGTTL shows off the rapper's towering presence. Dabbling in various forms of hip-hop and guest spots that look more like a list of past BET Hip Hop Award winners, Tity Boi still stands tall among his most accomplished peers.

Kendrick Lamar steps in on “Momma I Hit A Lick,” Young Thug is featured on "High Top Versace," Travis Scott on "Whip," Ty Dollar $ign guests on “Girl’s Best Friend,” Lil Wayne and E-40 get their feature on “2 Dollar Bill,” and towards the end of the album “I’m Not Crazy, Life Is” rolls out both Chance the Rapper and Kodak Black. Listen to the entire album, track-by-track, off the playlist above.

With all the hip-hop stars involved in the project, it might actually turn out that his collab on “Rule The World” with pop star Arian Grande will be the biggest banger in the whole set because of Grande's ability to bring in a whole different audience.

Despite all of the marquee names on Rap or Go to the League, perhaps the biggest name is the one behind the scenes. NBA Icon LeBron James is an executive producer on the album and becomes the first professional athlete to ever serve as A&R on an album. A&R is a record label position usually responsible for bringing in talent to support a project and overseeing the artistic direction of performers.