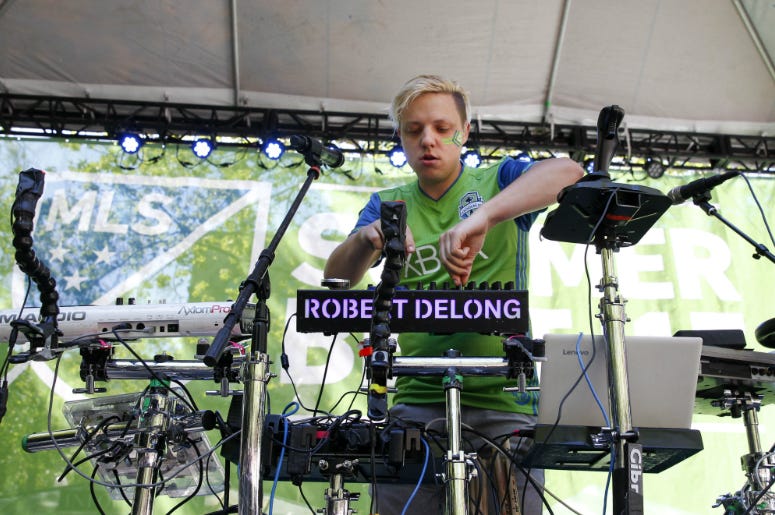 Step into a brave new world and join Robert DeLong on a quest to become a "Revolutionary."

The anthemic new track from the Pacific Northwest native is a follow-up to his K. Flay collab, "Favorite Color Is Blue," which dropped earlier this year. It is a futuristic ride that we just don't want to get off of from start to finish. Find out for yourself by checking it out below:

Get your hands on DeLong's latest single by clicking here.

Meanwhile, it's still unclear if the 32-year-old will release a studio album in the near future, though he does continue to tour in support of both his recent singles. DeLong's last album was 2015's In the Cards.