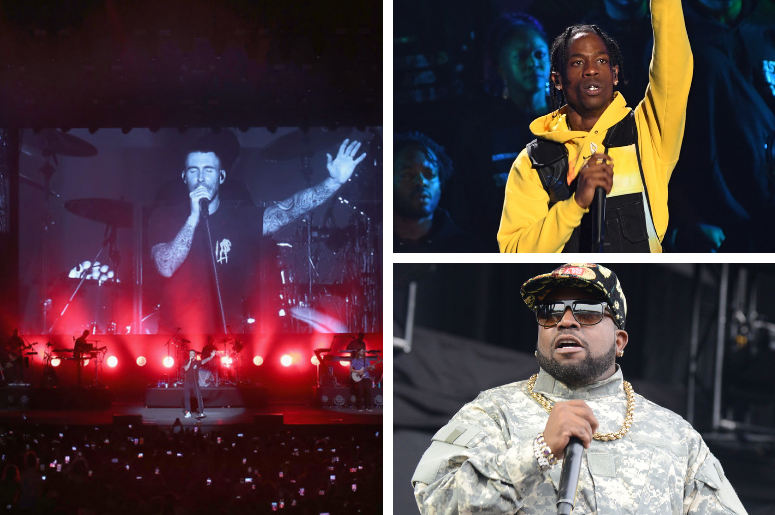 The teams may not be set just yet for the big game, but the halftime show finally has its lineup.

🚨🔥 It’s official: @maroon5 will take center stage at Super Bowl LIII! They will be joined by @travisscott and @bigboi. #SBLIII 🚨🔥

The halftime show has been a highly debated topic this year. The biggest reason, of course, is that while the NFL continues to face an ongoing Colin Kaepernick PR situation, the Super Bowl will be played in Atlanta, arguably the center of the hip-hop universe. Initially, the league did not appear as if it would properly represent ATL by pursuing a halftime performer from the hop-hop community. And, many within the hip-hop community had openly expressed their support for Kaepernick, making finding someone to perform even more difficult.

NME.com reported that Scott agreed to perform on the condition that the NFL make a donation to a social justice. And, according to Billboard, the rapper and the NFL have in fact made a $500,000 joint donation to "'social justice accelerator' Dream Corps, an organization founded by Van Jones in 2014, and will work with the NFL on additional initiatives."

Meanwhile, Atlanta will host an innaugural music fest prior to the Super Bowl with stars like Bruno Mars, Cardi B, Migos, Ludacris, and others. Speaking of Luda, we had a chance to catch up with him recently to find out what visitors can expect if they're heading to Atlanta for the game.