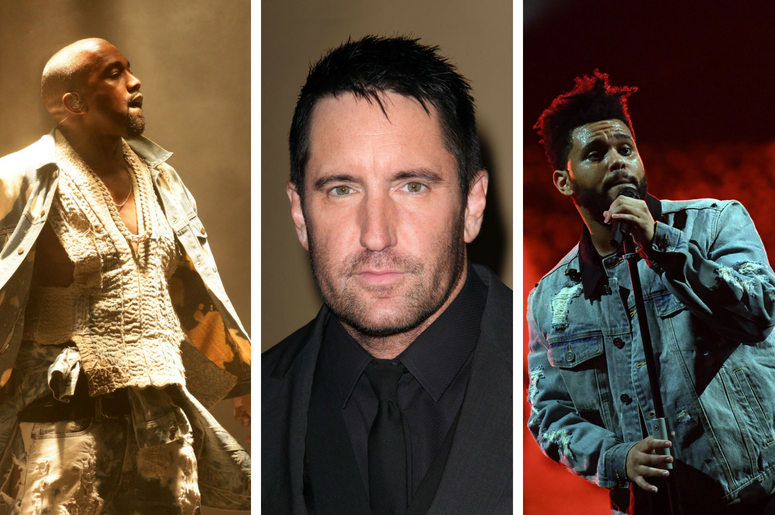 Up until today, it's safe to say that the following three names have never been uttered in the same sentence: Kanye West, The Weeknd, and Trent Reznor.

Today that all changes. Turns out, Reznor, the rock icon who made Nine Inch Nails music videos and live performances "must-see" events, has apparently called out both Kanye and The Weeknd for ripping off NIN live show productions.

During a recent interview in the United Kingdom, Reznor not only said that bands have followed the trend his band started years ago of having video monitors. Then, Reznor straight up called out the hip-hop and R&B stars. Watch:

Did @kanyewest and @theweeknd "blatantly" rip off @nineinchnails' live show?

Now, to be fair to each guy, both Yeezy and Reznor have worked with the same tour production designer in the past, and The Weeknd's tour designers have publicly cited Nine Inch Nails an influence. So, perhaps, this isn't much of a story, but it is interesting that Reznor would directly call out Kanye and The Weeknd when just about every live show nowadays includes high-tech lighting and video elements.