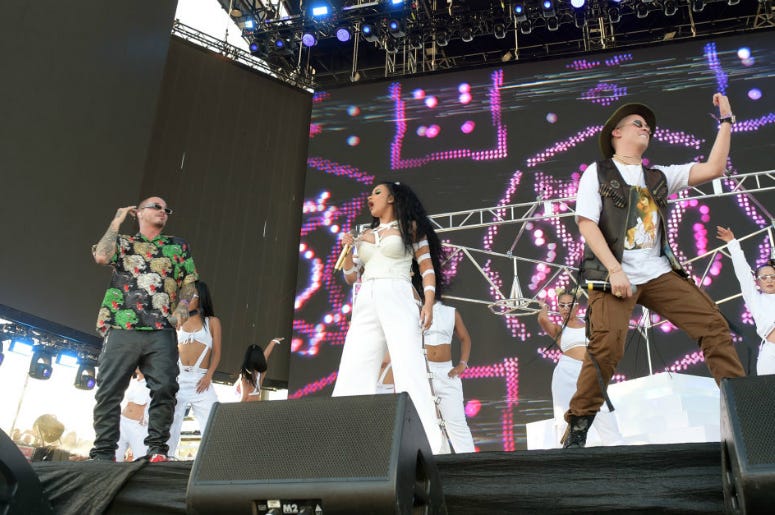 Don't know about you, but for me "I Like It" is probably in the top 3 tracks off Cardi B's debut "Invasion of Privacy."

So I was obviously pretty excited when the official music video dropped. Cardi taps into her Latin roots by teaming up with Spanish-speaking superstars Bad Bunny and J Balvin for this video, which takes viewers to a tropical island with a bangin' nightlife. Check it out:

Meanwhile, Cardi has announced plans to take a break from performing to rest up for the birth of her daughter with Migos rapper Offset. She has told fans that she will return to the stage in fall, including her scheduled tour with Bruno Mars.