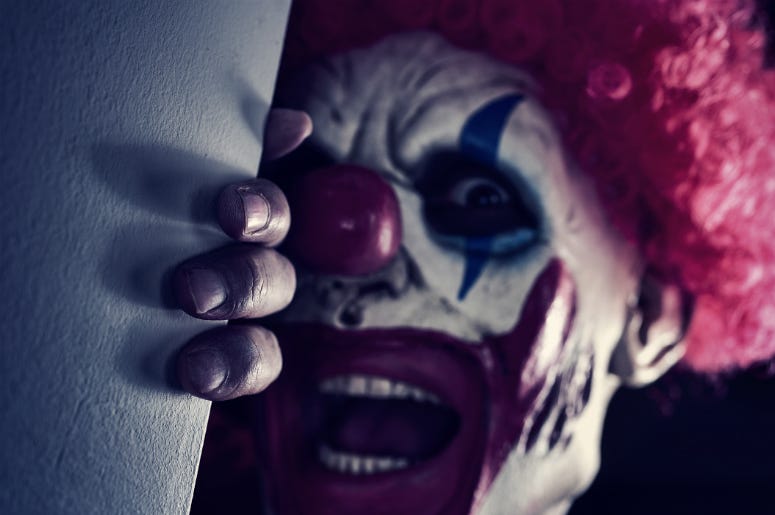 As if a Sharknado wasn't already the most unlikely weather-related-ish event ever imagined, you're now saying we have to deal with a Clownado? WTF?!?!

Yeah, we really can't figure out why, but Clownado is indeed a thing. So we thought to ourselves, what better way to haunt your dreams than to share the insanely disturbing NSFW trailer for the upcoming film? So, yeah, we don't know... enjoy, we guess?

The unnecessarily horrifying film appears to be an attempt to follow the unconventional success of the Sharknado franchise. Look, we aren't knocking the effort. Sharknado wrapped up the franchise with a sixth film that featured Nazis, dinosaurs, knights, and Noah's Ark, and of course sharks, so the next logical step would almost have to be a storm of killer clowns, right?

It's worth noting that the film was mostly crowdfunded, so there is some demand. Expect to see Clownado... somewhere... next year. Until then, check out the 1988 sci-fi horror flick Killer Klowns from Outer Space to fill your homicidal clown-induced nightmare fuel jar.