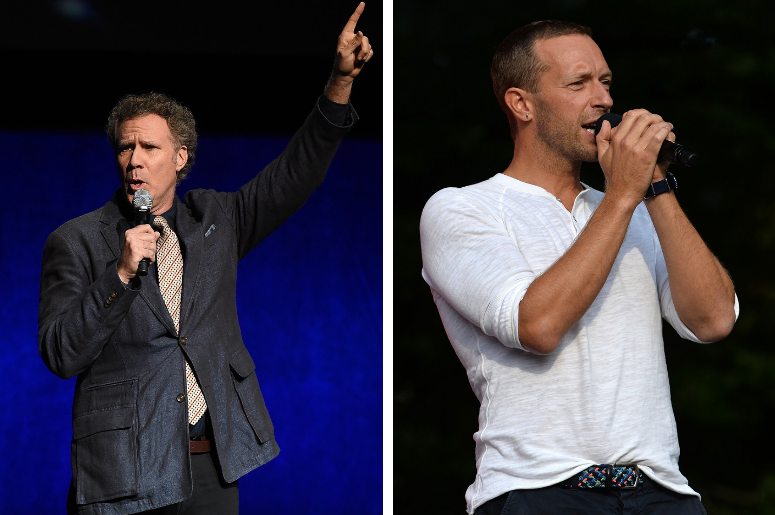 Iconic comedian, Chad Smith look-alike, and all-around good guy Will Ferrell hosted a star-studded benefit concert over the weekend, called "Will Ferrell's Best Night of Your Life." And in true comedic genius fashion, Ferrell brought one of his most iconic SNL characters on stage during Chris Martin's set. The funnyman ran on stage during "Viva La Vida" to cure the fever! Check it out:

For those of you who may not remember, it was back in 2000 when Will Ferrell and Christopher Walken made "More Cowbell" famous during an SNL skit about an overly ambitious musician recording the Blue Öyster Cult hit "The Reaper."