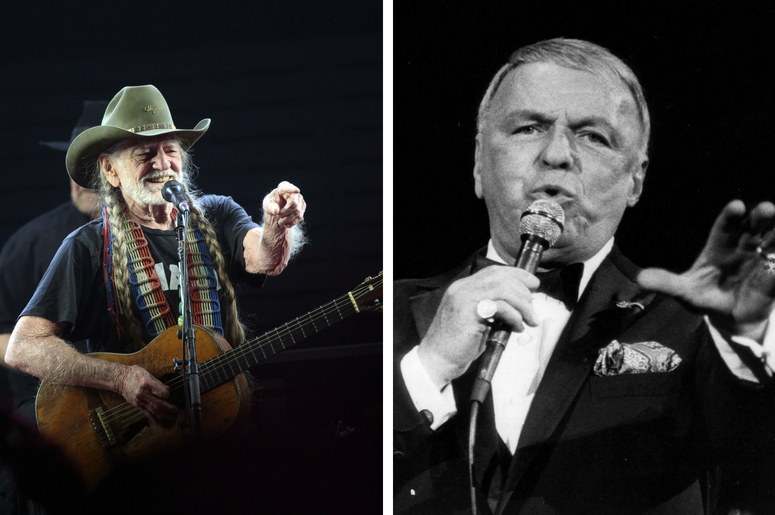 Country-pop collaborations may be all the rage these days, but here's one you never knew you needed -- Willie Nelson and Frank Sinatra!

Okay, it's not exactly a collaboration, but it is a county-pop crossover we're beyond excited about.

Earlier today, Shotgun Willie released the first track off his upcoming Ol' Blue Eyes covers album... and it could not be more amazing! Don't believe us? Take a listen to Willie doing the classic "Summer Wind" below:

The upcoming album will be called, appropriately, My Way, and is set to be released on September 14. It'll include some of Frank's most iconic hits and a guest appearance by frequent Willie collaborator Nora Jones on "What Is This Thing Called Love," which by itself has been covered by some of music's most legendary female voices including Ella Fitzgerald and Billie Holiday.

So, without any further ado, here's the tracklisting:

Even the album artwork for My Way is a bit of an homage to the late, great Frank Sinatra. Willie on stage certainly reminds us of 1995's Sinatra 80th: Live in Concert album cover (which also had "My Way" as the final track).