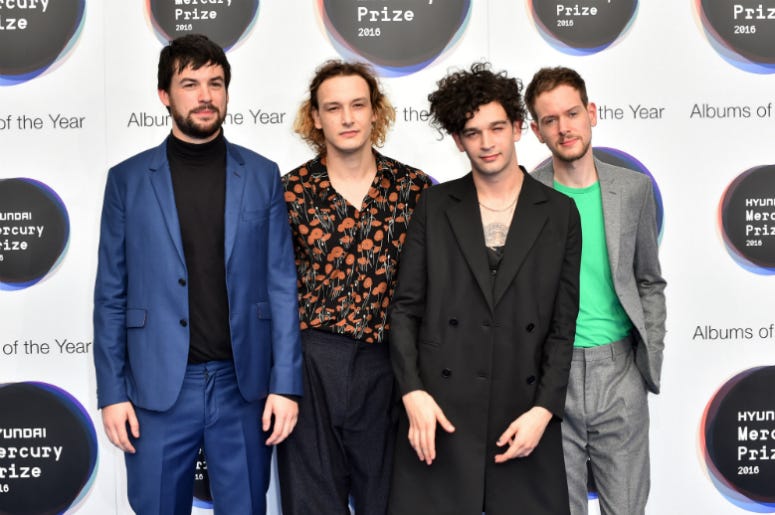 Previously, The 1975 frontman Matty Healy has mentioned that not only will new music be arriving soon but also that it might include his father, Tim Healy. Now, both seem even more real than ever.

Check out what Matty's dad tweeted earlier, confirming the collab:

Had a brill day recording a song I wrote when Matty was 11 he wanted it on his new album yippee you can hear it in April love you guys xxxx pic.twitter.com/2v5XJdp1Rh

Judging by the tweets and Tim saying "you can hear it in April," it's looking like this father-son duo track will not be included on their new album, A Brief Inquiry Into Online Relationships, that is set to release sometime in October.

His dad said he wrote the track eighteen years ago when Matty was only 11. We're very curious as to how this will sound ... are you as stoked as we are?!