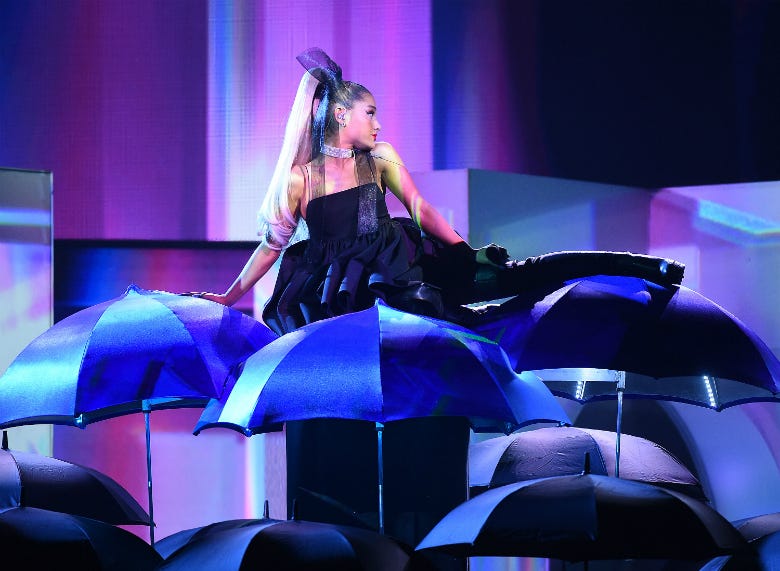 After her breakup with Mac Miller and recent engagement to Pete Davidson, the pop singer with "No Tear's Left To Cry" teased a brand new music video in this tweet to her 57.6 million followers:

hello twenty four hours until you can preorder sweetener and hear / see ‘the light is coming’ 🌫☁️💡🍦🌬☁️🌩⚡️🌩🥂☁️♡ 🌪☁️ pic.twitter.com/M7RHykjQi6

Some fans have been saying that Ariana is moving too fast, getting engaged after only weeks of dating Saturday Night Live star Pete Davidson. She had revealed in her Instagram story a new tattoo with Pete.

Ari took to her Twitter and replied to a fan's comment of "'pete' girl we know you love him but are you dumb" with a quick "nah."

Then explained the reason why after another fan's comment in the string:

forreal. the truth is ☕️ i been the fuck thru it and life’s too short to be cryptic n shit about something as beautiful as this love I’m in. so ǝʇǝԀ it is.

Check out the Sweetener album art - posted via dedicated instagram account here. (BTW can you believe an album's instagram has over a quarter million followers just by itself? Arianators you did that!)

Ariana's Sweetener is set to release in August. Check out the tease below: