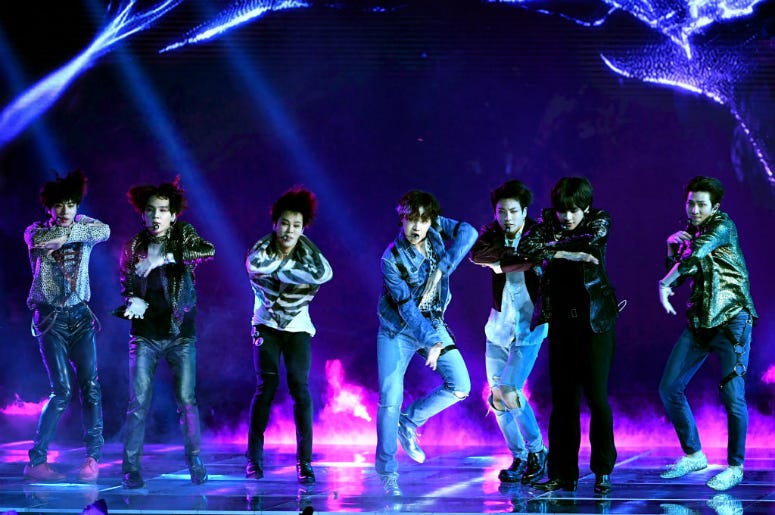 After BTS released their music video for "Idol," just days ago, it quickly racked up millions and millions of views. So many views that the K-Pop supergroup actually broke the internet.

BTS' music video debut gained over 45 million views in the first 24 hours of it being on YouTube. That's nearly 1.9 million views per hour, 31,250 views per minute, and 521 views per second.

Not only did BTS break their own YouTube debut record of almost 40 million views, set by the group's "Fake Love" earlier in 2018, but they also swept away Taylor Swift who had held the record with over 43 million views for “Look What You Made Me Do” in 2017. This means "Idol" officially had the biggest YouTube video debut in the history of the internet. It's all thanks to you, A.R.M.Y!

That's so many views that the video's debut "broke the internet" and made the YouTube view counter at the bottom of the “Idol” video remain stalled for hours once it broke 70 million.

In its wake, BTS’ J-Hope even created a viral challenge, the #IDOLCHALLENGE, after posting a dancing video on top of a rooftop. (Click the related link above to check it out!)