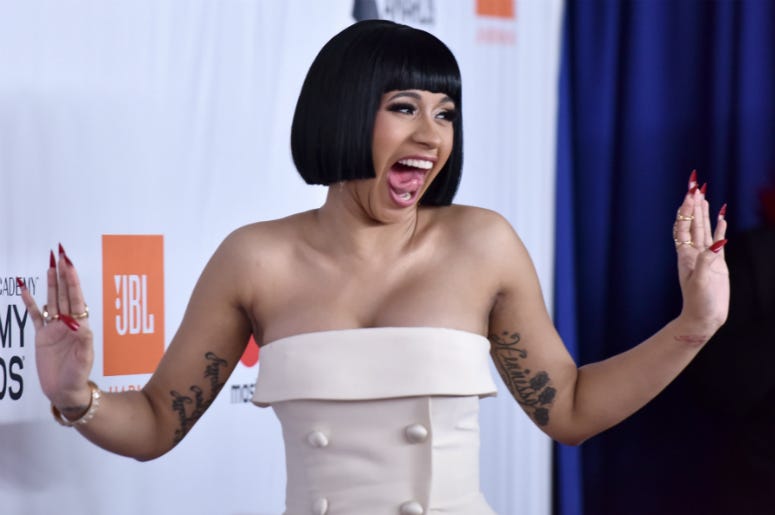 Cardi B is now in her third trimester, so you know what that means... time for a baby shower!

Originally, she had planned on having two baby showers for her and Offset's little bundle of joy. The hip-hop power couple planned on having one in Atlanta, where the Migos member is from, and one in New York, where Big Bronx Boogie was raised, but those plans quickly fell apart when her doctor told her to not fly.

Meanwhile, the whole "shower the baby with gifts" idea seems to have gone somewhat out the window when Cardi tweeted this:

So, what did BET's Best Female Hip Hop Artist include on her blinged and boujiee baby registry?

(And that's just what we know about!)

Her entire family was reportedly flown into Atlanta on the rapper's tab this past weekend for the baby shower. They partied all weekend in the ATL. And, according to her fam, Cardi got everything she had wanted. Ahhhhh, this little girl is going to be so spoiled.