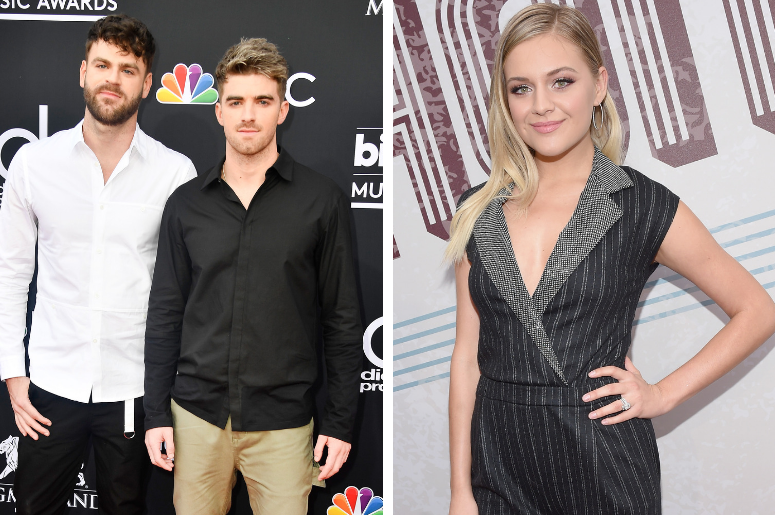 From the DJ duo that gave us the No. 1 smash-hit, "Closer" featuring Halsey, The Chainsmokers have teamed up with the unbelievably talented country star and future Voice coach Kelsea Ballerini to give us "This Feeling."

Music genres have been blending together more and more in music recently. Whether it's Bebe Rexha and Florida Georgia Line's "Meant To Be" or Zedd and Maren Morris' "The Middle," contemporary genre lines are continuing to be blurred by these crossover songs in today's hit music.

This new release is the latest for country music's Ballerini, following her The First Time and Unapologetically LP hits "Peter Pan," "Yeah Boy," and "Legends." The Chainsmokers have released six singles so far this year, including "Somebody" featuring Drew Love, "Side Effects" featuring Emily Warren, and "Save Yourself" with Nghtmre. All of which are off of their Sick Boy EP that was let loose in April.

THIS SONG IS SO SPECIAL TO US! THIS FEELING WITH OUR GIRL KELS IS OUT NOW EVERYWHERE https://t.co/T6FyN0va7J pic.twitter.com/6sOzU4BDf1

After giving us a nice taste of the hot, new crossover collab, we've finally got the full track. We are 100% here for this.

Get a first listen to The Chainsmokers and Kelsea Ballerini's "This Feeling."