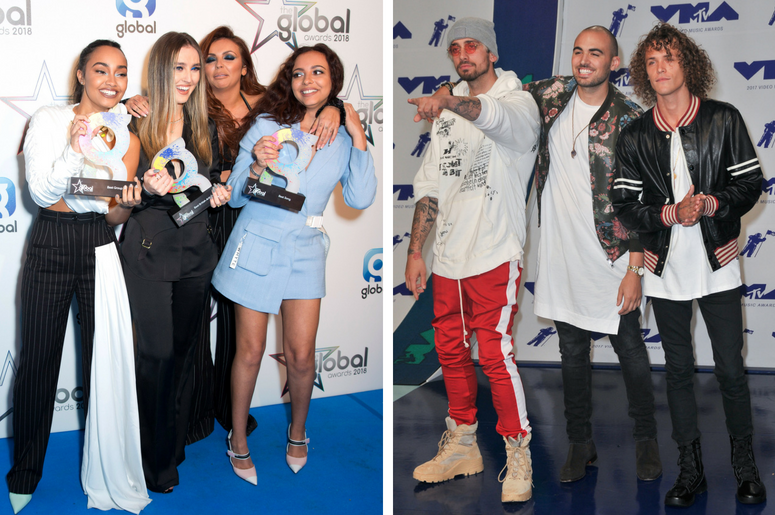 Well known for dance anthems and making you get up and jump, Cheat Codes is back at it once again.

The trio of DJs is now securing their place in pop world by teaming up with Little Mix for their latest single "Only You." The track officially drops Friday, but Cheat Codes did tweet out a sneak peek for fans:

Little Mix, who got their start during the eleventh season of X-Factor in the UK, have produced four studio albums - all four of which are certified Platinum. They also have twelve certified singles in the UK. The group has even been on tour with Demi Lovato for Neon Lights in 2014 and Ariana Grande for Dangerous Woman in 2017.

Meanwhile, Cheat Codes' most popular singles to date are "Sex," which draws from Salt-N-Pepa's iconic "Let's Talk About Sex," "Feels Great" featuring Fetty Wap, and "Put Me Back Together" with Kiiara.

The crowd rocking EDM and dance trio rose to heightened pop fame after releasing "No Promises" featuring Demi Lovato back in 2017, which peaked at No. 2 on the US dance chart and No. 38 on the pop chart. This lead "No Promises" to be certified Platinum by the RIAA.

Cheat Codes has also ventured into the alt-rock world, writing "Love Is Bigger Than Anything In Its Way" with U2 and remixing 30 Second To Mars' "Dangerous Night."

"Only You" is set to drop this Friday. In the meantime, get your hands on Cheat Code's highly anticipated six track EP Level 1 here.