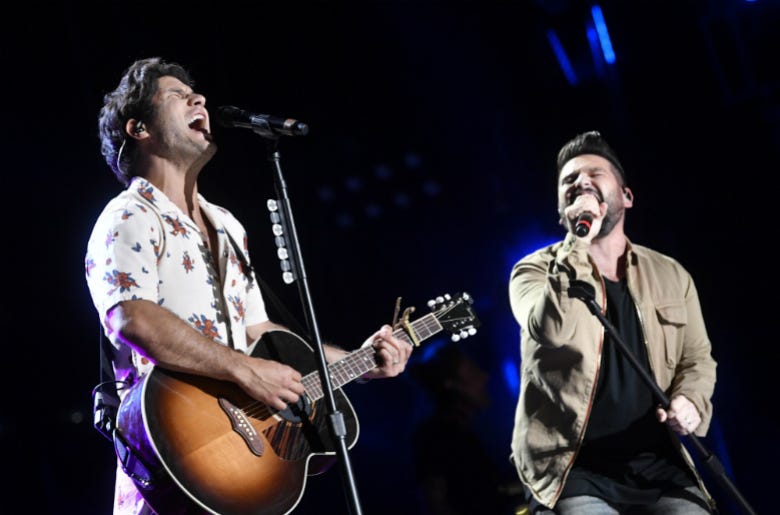 You can listen to Dan + Shay's new album on their website here.

“This is a self-titled record because it is the truest representation of who we are and where we are going,” Dan Smyers says. “We poured our hearts and souls into every note, and to see such an overwhelmingly positive response from the fans is incredible.”

Their first two albums, Where It All Began and Obsessed, went No. 1 and No. 2 on the U.S. country chart. We expect no less from this album!

Their friends happened to join in with their thoughts on the new album too! Check 'em out:

Having a serious man crush on @DanAndShay after listening to their new self-titled album. Some of the best music I’ve heard in a long time. Do yourself a favor and check it out! #NewMusicFriday #DanAndShayTheAlbum #ManCrush