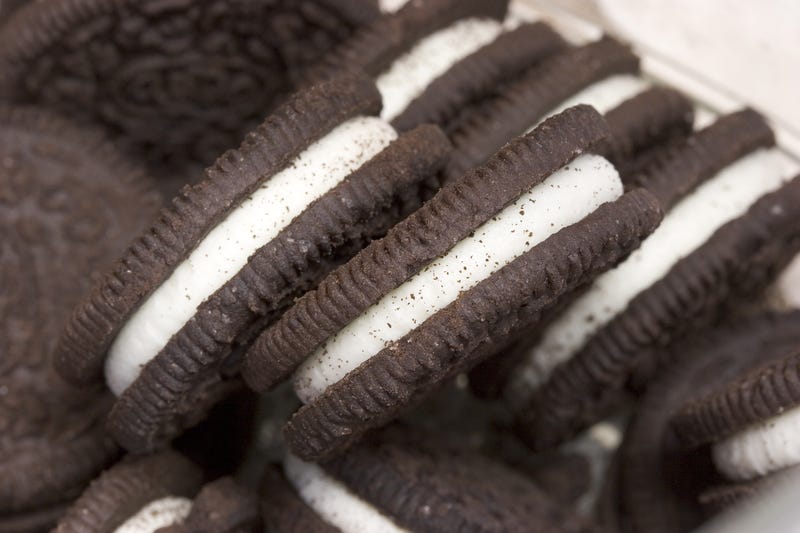 This is literally so important.

I mean, if you dunk 'em too long, it gets soggy and falls apart, and if you don't dunk 'em long enough, it doesn't absorb anything and you're left with a nearly-as-dry Oreo as when you started. UH!

I've pondered this my whole existence, and finally, great news! Research has been done to uncover the perfect amount of time to dunk your Oreo's!

Incredibly extensive research and scientific testing through multiple multivariable equation manipulation tells us that the optimal Oreo dunk time is... 3 seconds. No more, no less.

As it turns out, in the early 20th century someone actually created a mathematical equation to calculate this. Check it out here!

E.W. Washburn is the guy who created the equation, but he never tested it on Oreos. He only tested his equation on ink pen blots on paper. But then his other dude, Len Fisher, back then a professor of physics at the University of Bristol, decided to put Washburn's equation back to the test and hypothesized that similar findings would hold true, only this time not with pens and paper, but rather with cookies. At the time British and European cookies were the only delectable available. (While invented here in the U.S. by Sam J. Porcello in 1912, Oreos didn't actually make their way across the ocean into the U.K. until almost a full century later in 2008.) So the physics professor didn't have the option to test an Oreo. Fisher's findings accurately reflected his own hypotheses as well as Washburn's original research with pens and paper.

In 2016, and in a true Fisher essence, a team of advanced theory researchers (a.k.a. members of the "Splash Lab" at Utah State University) thought it was a worthy enough to test E.W. Washburn's ink blot equation and Fisher's European cookie research to the test on Oreos.

Interesting to note, the researchers over at "Splash Lab" have apparently always been keen to unorthodox and peculiar studies, such as analyzing the physics of the perfect skipping stone, measuring the fluid dynamics of the splash back in urinals, going so far as to even test a beard's insulating properties. Read more on the research being done at Splash Lab here.

I mean, these researchers really went all out. They also did not just study Oreo's either, the group also studied how Chips Ahoy, Nutter Butter, and Graham Crackers performed in all types of milk. Here's the actual data graphed for you. If you'd like to read more on the full study these researchers completed, check it out here!

Fun fact: I'm actually lactose intolerant! So, I don't always dunk my Oreo's in milk, but when I do, it's usually almond milk for exactly 3 seconds.