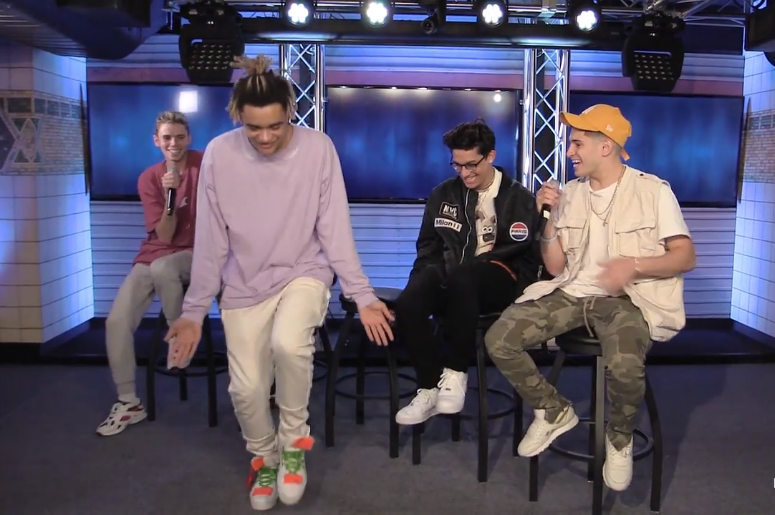 The boys of PRETTYMUCH are pretty much our favorite people on Earth.

Brandon Arreaga, Edwin Honoret, Austin Porter, Nick Mara, and Zion Kuwonu pleased our eyes when we challenged them to hit us with their best-worst dance moves (oh, and it's as great as it sounds). Check it out:

This band is the brainchild of Simon Cowell, who actually just received a star on the Hollywood Walk of Fame. He handpicked each member from all different locations and put them together in a house, in Hollywood. The band has since completely taken off.​ PRETTYMUCH says Cowell is the nicest guy ever, and that he's is like a turtle -- hard on the outside, but really soft on the inside. That assessment of the star-maker was echoed by Kelly Clarkson when she spoke during Cowell's Hollywood Star ceremony on Wednesday.

As For PRETTYMUCH, the pop-band is steadily on the rise since releasing their break out hit, "Would You Mind," in 2017. So far this year, they've dropped "Teacher," "Open Arms," "No More" featuring French Montana, "10,000 Hours," and their most recent hit "Summer On You."

Be sure to check back soon. We have more interviews with PRETTYMUCH coming very soon. In the meantime, kick back and enjoy the final days of your summer with "Summer On You."