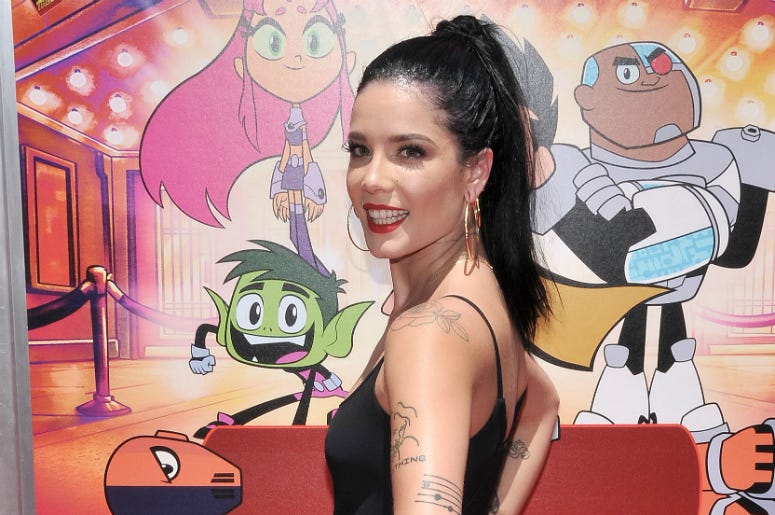 Halsey, who just confirmed working with Jennifer Hudson as a coach on The Voice season 15, posted up some pictures of her reuniting with Korean-pop super group, BTS while in Seoul.

She had just got done performing the most recent show on her Hopeless Fountain Kingdom tour when she was able to meet up with some overseas friends.

Halsey has apparently been a huge fan and friend of the BTS boys for over two years.

The "Eastside" singer says the BTS boys "inspire me so much" and that they are "A+!"

Check out what she tweeted (side note... where's Jin?):

you know there was no way I’d come all the way to Seoul without seeing these guys. 👼🏼 can’t wait to see them play Staples center!!! I’m HELLA proud. 💗💖💗 @BTS_twt pic.twitter.com/RF4vqE9G0J

We have been friends for almost 2 years! I am so lucky to know them and they inspire me so much. 🤘🏼 your boys are A+ https://t.co/wsnKKLen1n

They actually have been friends for a long time.

Check out this video of Halsey surprising the boys with churros last year!