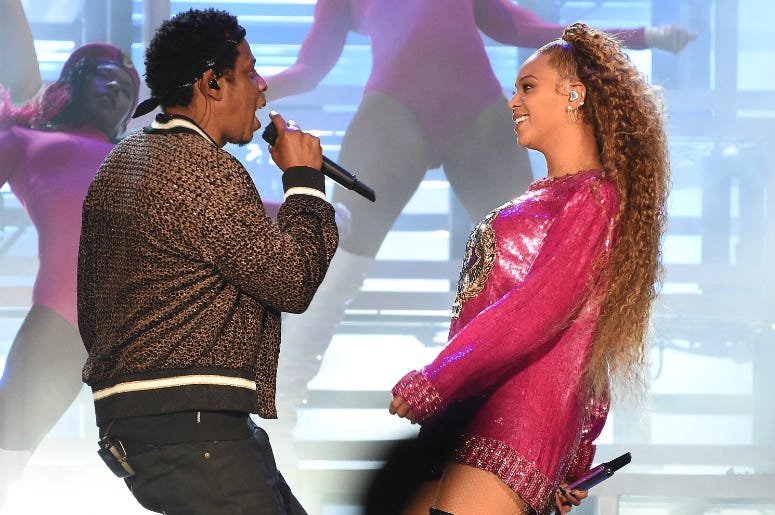 The Carters are now worth over $1.25 billion... and that's not an exaggeration.

Beyoncé is worth $355 million, while JAY-Z is worth a staggering $900 million. He's actually the wealthiest rapper in hip-hop, after overtaking Diddy earlier in May of this year.

The two have multiple sources of income. While both have (obviously) made their lion's share through music, Bey mainly focuses on records and performances.

Hov has chiefly amassed his fortune through starting his own companies and buying up others. His repertoire includes label Roc-A-Fella Records, Tidal, 40/40 (an upscale sports bar and nightclub in Manhattan), a $204 million clothing line, and more.

Keep in mind, JAY has also invested in everything from real estate (including property in East Hampton and Bel Air), to ride-sharing company Uber, and also owns the publishing rights to his own music.

As a matter of fact, Queen B just made Forbes' America's Richest Self-Made Women, last week.

They both are incredibly Benjamin-savvy and truly know how to make, and manage, their money. Think about it, the couple could've chosen to spend their entire summer on vacation, but rather chose to go on tour and continue building their fortune. The hustle doesn't take vacation days, so why should you!

Their latest OTR II tour is expected to pull in over $200 million by its bow.