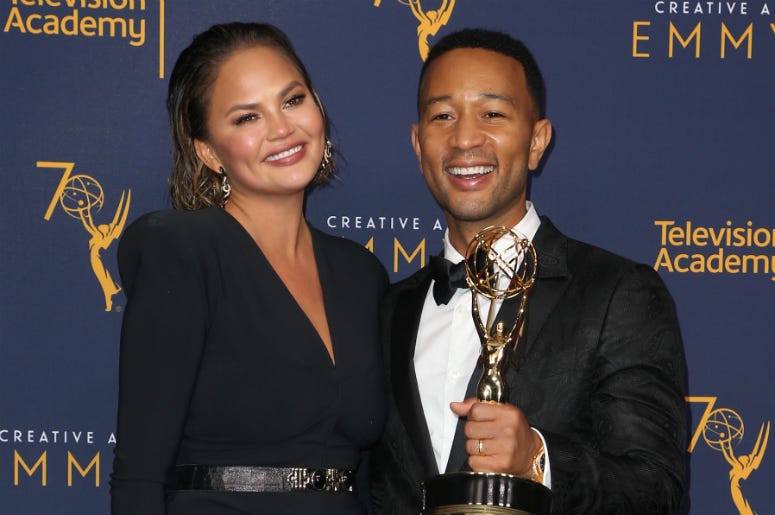 Following this past weekend's Creative Arts Emmy Awards, John Legend not only has officially become the first-ever black man to score the EGOT awards quad-fecta, but is also the youngest ever to dawn the title.

Legend has won 10 Grammy awards, an Oscar award for his song "Glory" featured in Selma, a Tony award for his co-producer role in Broadway's Jitney, and just scored an Emmy for Best Variety Special thanks to his role in Jesus Christ Superstar Live in Concert, all at just 39 years old.

Whoopi Goldberg was the first black person and woman to ever join the coveted EGOT ranks.

This very well may be one of the biggest achievements of the "All Of Me" singer's life. However, that still won't stop his wife, the lovely Chrissy Teigen, from roasting him.

While the Queen of Twitter is undoubtedly proud of her man, she made sure she did not pass up the opportunity to take a jab at him and his resemblance to the Arthur character, Aardvark, a long running joke since at least early 2017.

my incredible man. what a surreal life.