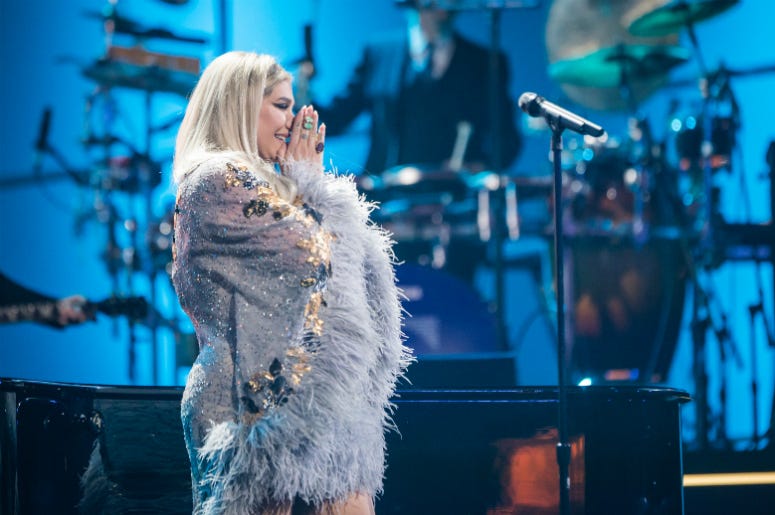 Prepare to be in your feels.

Kesha's "Praying" is an incredibly moving song that has the power to give you chills just by listening to it in your car, let alone during a live performance.

The Platinum 2017 track, which was written following an intense legal battle with her former producer, never fails to evoke emotions during any one of Kesha's performances. Her latest performance while opening for Macklemore at the Riverbend Music Center in Cincinnati, OH, was no different.

After a group of her little Animals held up multiple hearts saying "THANK YOU" while she was singing, Kesha had to physically stop and couldn't continue.

Here's a look at the hearts:

This gives me chills. Tonight Kesha started crying during her Praying performance and this amazing crowd kept encouraging her and singing the lyrics. We all stand by her through this tough legal battle. The amount of support is breathtaking #FreeKesha pic.twitter.com/PvXGZmuCpG