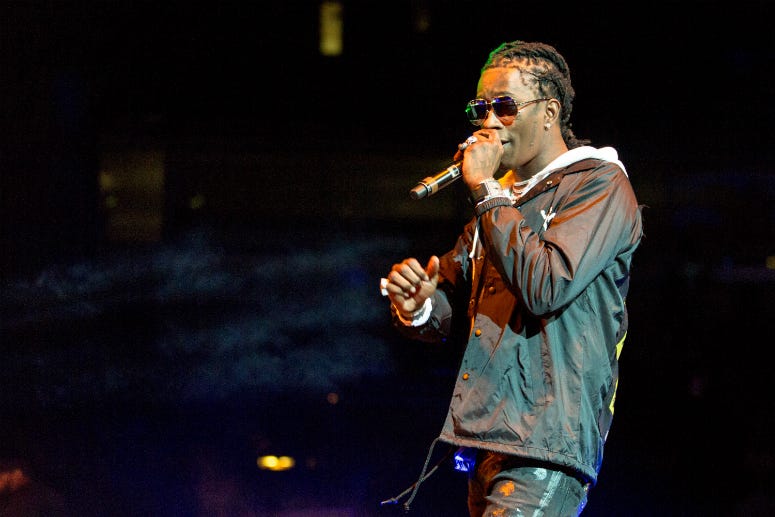 Last week, someone leaked a new track from Young Thug, Future, and Quavo, called "Upscale" and now it seems like we've got the whole project.

It's incredibly common for songs to leak in the music industry before their official "release dates," but when an entire album is leaked, it could be done on purpose by either the artist or label to create hype around the project.

Either way, we're not sure how it happened, but someone legit just leaked an entire mixtape from Thugga that features Future, Quavo, Lil Yachty, Migos, and more.

After officially dropping Hear No Evil in April of this year, this will be Young Thug's nineteenth mixtape.

The collaborations on this leaked mixtape, being called The Leak 2, are red hot, including tracks "Whole Lot" from Yachty and Migos and "My Bitches Love Me" from Migos. It's also rumored that the tracks are from a recent MigoThuggin session.

Listen to "Upscale" with HNDRXX and Huncho below and get Young Thug's entire leaked mixtape here.