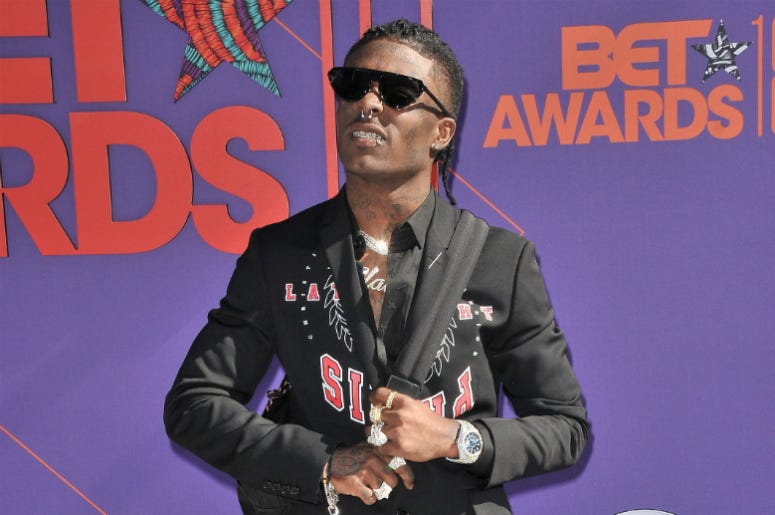 Both rappers are steadily on the rise, so, why not tag team their next hit? JB rose to fame more recently from his hit single "Look Alive" with Drake.

This unreleased collab includes the lyrics:

I just went 360 went and got the waves back

And I call your b**** a mattress because I laid that,"

After sharing the BET Awards stage Sunday night with some of Philadelphia's biggest stars, Uzi headed backstage. He met up with Blocboy JB and made this video of the two doing the shoot dance, which JB invented. (It's low-key pretty funny.)

Uzi posted it up on his IG: