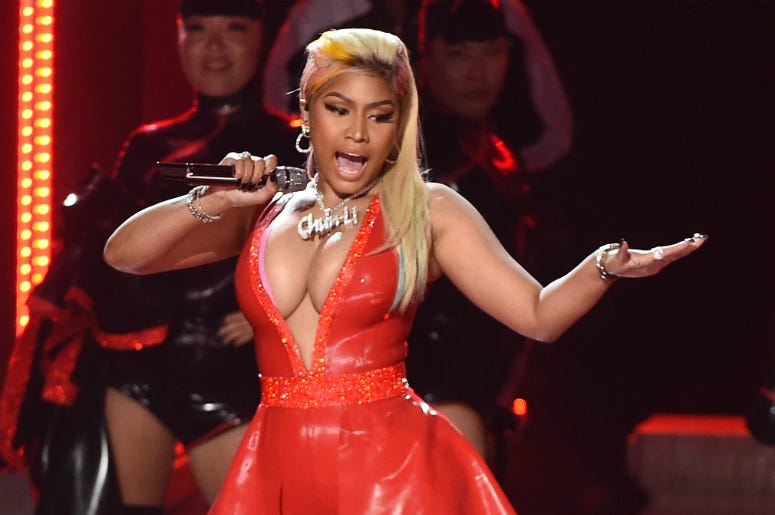 It's the "Chun-Li" rapper's latest album since dropping The Pinkprint at the end of 2014.

She has kept busy, however. Nicki's released recent singles in the meantime like "Barbie Tingz," "MotorSport" featuring Migos and Cardi B, and "Bed" featuring Ariana Grande. Her latest feature was on 6ix9ine's "Fefe," produced by Murda Beatz.

The new album actually had to be delayed a week to clear a Tracy Chapman sample. Nicki tweeted a poll to see exactly what the Barbies wanted, but that turned out, after over 130,000 votes, to be an exact tie.

Since I may have asked it wrong. 🤭🦄 vote. You guys can only imagine how much this means to me. It’s such a perfect body of work 🎈love you. Long time.

Now, we've finally got it!

Get a first listen to Queen, here.