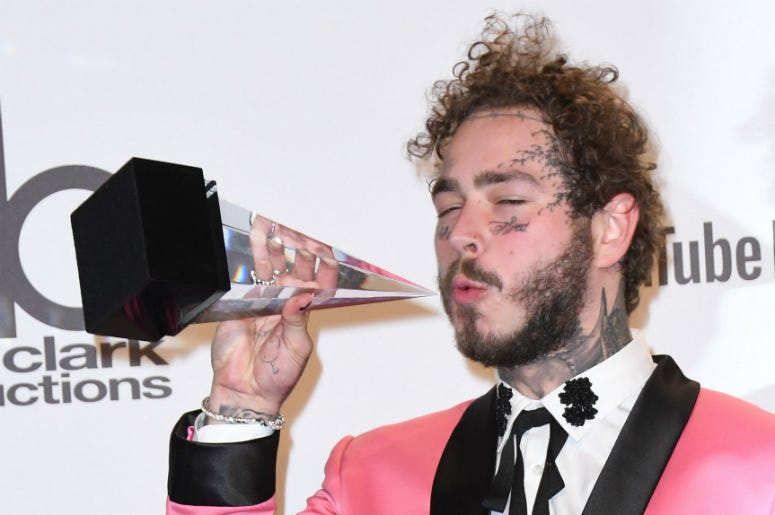 In the latest episode of Post Malone being absolutely hilarious, we find out he's spent an average working middle-class salary on Postmates delivery service, just in the last year alone.

The "Psycho" rapper has spent over $40,000 on the delivery service. The Receipt says that Posty has ordered, "nearly 3,000 total items, on more than 660 orders, in 52 different cities nationwide."

$8,000 of which were spent on Popeye's biscuits just while at Coachella. (For reference, that's A LOT of biscuits.)

His favorite orders? A Bud Light 12-pack and chicken from Popeyes. Some of his favorite places are Burger King, Chic-fil-A, CVS, KFC, GameStop, and even Petco.

BTW, whenever the "Better Now" rapper orders Chic-fil-a, People says he orders three chicken sandwiches, spicy. Why? Because if the middle isn't crispy enough, Malone will just nibble on the "perimeter."