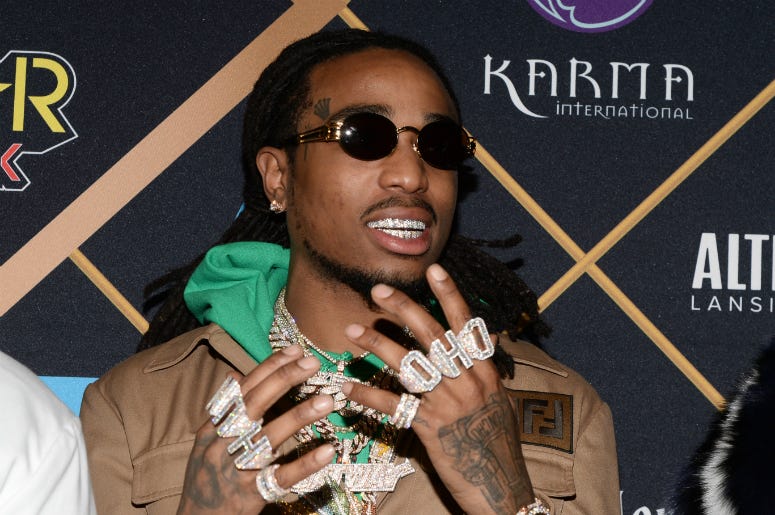 If we could give any advice to Quavo, it'd be to not sleep with the bosses daughter.

Unfortunately, we weren't able to reach the Migos rapper in time. He ended up just narrowly escaping capture with artist and featured actress in this video, Saweetie.

It's the fresh new video for Quavo's first release this year, "Workin Me," which he since followed up tracks "Lamb Talk" and "Bubble Gum."

The pair secretly betrays the bosses loyalty, which is something you never want to fool with, and now have to face the consequences.

Watch Quavo and Saweetie just barely escape a certain death in this firey new music video for "Workin Me."