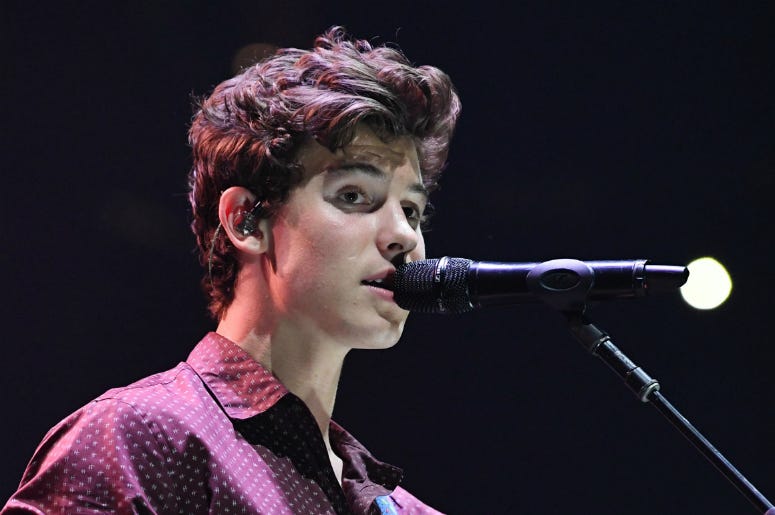 Shawn Mendes has just managed to break one more record before leaving his teenage years behind.

The "In My Blood" singer's turning 20 in seven days on August 8 and has just outdone himself.

He already held the crown as the teenager with the most No. 1 songs on Billboard's Adult Pop Songs chart since it's unveiling in 1996 with three, however now, he just upped that number four.

His first song to ever reach the No. 1 spot was "Stitches" in 2016, followed by "Treat You Better" that same year. Then came "There's Nothing Holdin' Me Back" in 2017, and his latest single, "In My Blood," is currently holding the top spot.

Mendes also recently teased an unreleased track on his Twitter to his 19.4 million followers:

In the meantime though, enjoy his current No. 1, "In My Blood:"