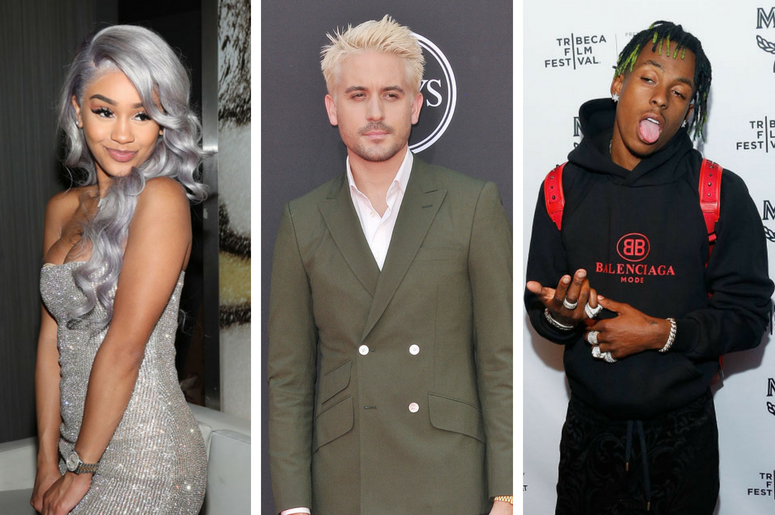 Saweetie, G-Eazy, and Rich The Kid just hopped on a hot new track, "Up Now," produced by London On The Track.

The "Icy Girl," Saweetie, just got released after being "kidnaped" in a brand new music video for Quavo's "Workin Me." Click the link above to watch.

It seems like everything has been going "Up Now" for this crew. Saweetie, who just starred in Huncho's new video, is one of the fastest rising stars in hip-hop. She's had guest appearances on both a Dua Lipa "IDGAF" remix as well as David Guetta's "I'm That Bitch." Her track "Icy Girl" with Kehlani has hit No. 16 on the chart.

G-Eazy's soaring after his track "No Limit," featuring A$AP Rocky and Cardi B, hit No. 2 on the chart and just this year dropped "1942" featuring Yo Gotti.

It looks like the only way is up for these bay area rappers.

Get a first listen to the fresh new sound below: