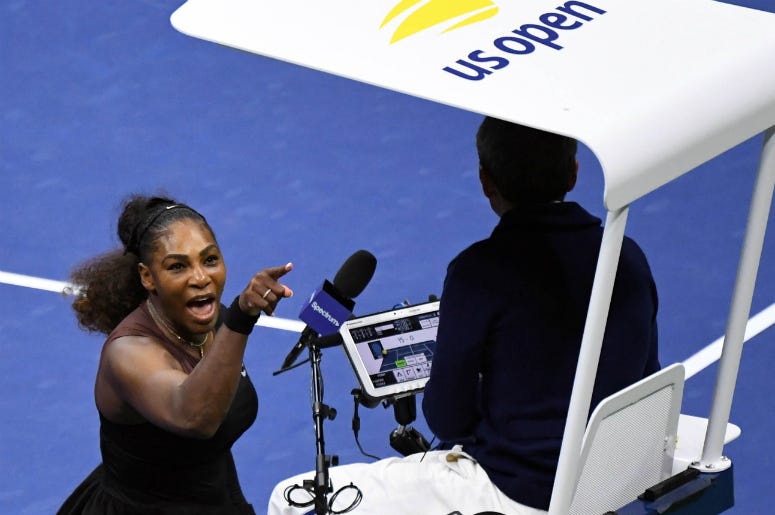 After this past Saturday's US Open championship, tennis superstar Serena Williams is using this event and her platform to shed light on sexism in professional tennis.

The sitting chair umpire Carlos Ramos gave Williams three separate code violations. She was given one for her coach, Patrick Mouratoglou, allegedly giving her hand signals while sitting in the bleachers, another for smashing her tennis racket, then finally a third, what is known as a "game penalty," citing verbal abuse when she confronted the umpire about the previous violations, calling Ramos a "thief" and that he "stole a point" from her. The same referee has been recorded letting similar and even more serious violations committed by men slide.

Here's what Serena had to say, following the devastating loss.

Everyone should listen to this from Serena Williams. pic.twitter.com/TF03dhpq2P

Former professional tennis player James Blake had this to say:

I will admit I have said worse and not gotten penalized. And I’ve also been given a “soft warning” by the ump where they tell you knock it off or I will have to give you a violation. He should have at least given her that courtesy. Sad to mar a well played final that way. https://t.co/xhBzFZX8Wq

The Women's Tennis Association even weighed in.

The US Tennis Association (USTA) says the incident has prompted a review of its code of conduct.

Get more details and a more in-depth analysis here.