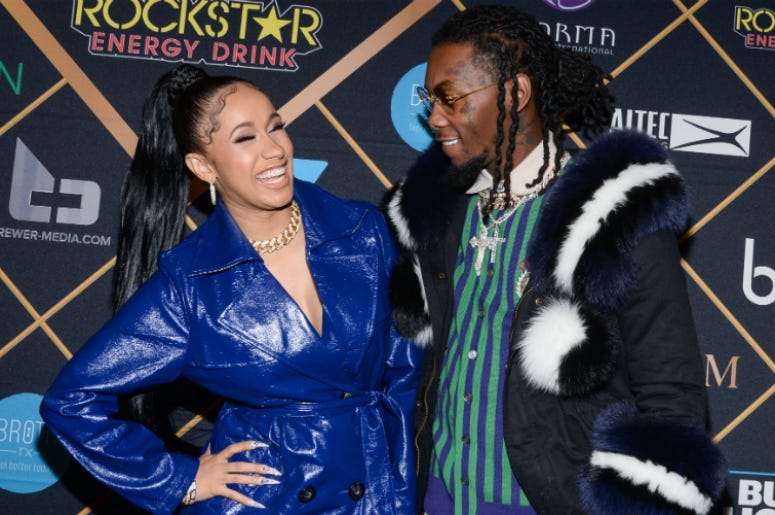 Surprise! Cardi B and Offset are married... and they have been for a while!

The "Bodak Yellow" rapper confirmed that she secretly married the Migos member in Atlanta all the way back on September 20, 2017. However, they didn't officially file their marriage license until recently.

If you remember, Offset didn't actually publicly pop the question to Cardi until October. The two also just had a baby shower this past weekend for the baby girl they are expecting together in early July. (Yeah, like, in a few weeks!)

This why i name my album “Invasion of privacy” cause people will do the most to be nosey about your life .Welp fuck it . pic.twitter.com/U3uHFOT3qK

In the meantime, Cardi's been living her best life and cleansing with cranberry juice:

So to get you all caught up, here's a quick timeline... The couple was secretly married in September 2017. Cardi B got preggers pretty shortly thereafter. Offset then publicly proposed in October 2017. Cardi announced she was pregnant during Saturday Night Live on April 8th, 2018. They filed their marriage license on June 25th, 2018. Now, their baby girl is due in early July.

PHEW, okay, all caught up now. While we're all waiting for her baby's arrival, check out her latest hit with Bad Bunny and J. Balvin, "I Like It:"