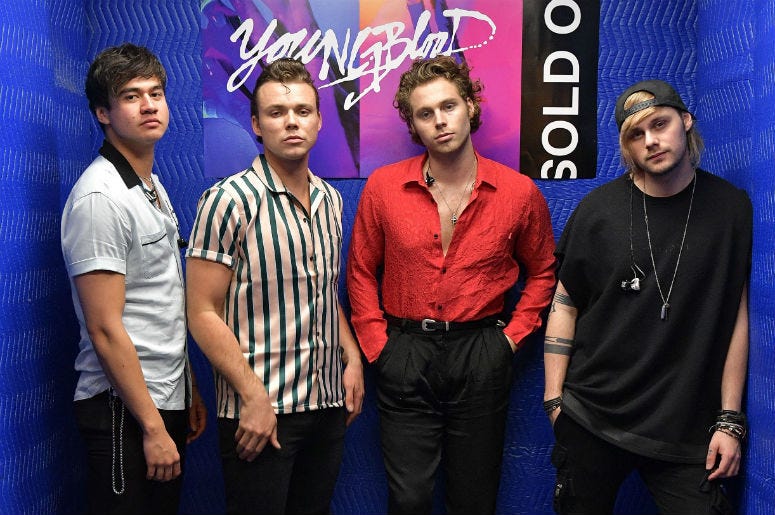 5 Seconds of Summer have released the music video "Valentine." The track is featured on the pop rock band's third studio album, Youngblood.

The video which was directed by 5 Seconds of Summer member, Ashton Irwin, quite literally brings out their personal skeletons. With the help of photographer Andy DeLuca, the "Valentine" video is golden.

According to Rolling Stone, the band wanted to capture "the androgyny and the feminine element of the way Luke performs as well as the dark romance of the song."

"Valentine" follows the release of their lead single, "Want You Back," and the album's title-track, "Youngblood." 5 Seconds of Summer is currently out on the road for their 2018 Meet You There Tour with special guest The Aces.

Watch the "Valentine" video below.