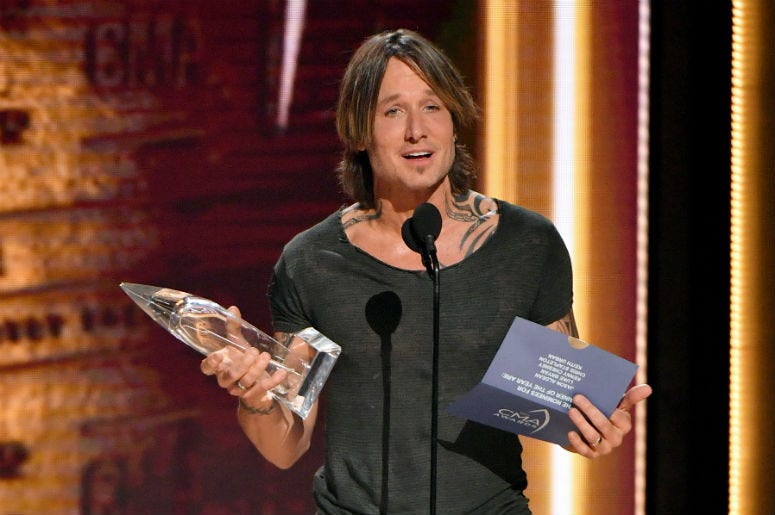 The 52nd Annual CMA Awards took over Nashville November 14 to celebrate Country Music's Biggest Night. Keith Urban, Carrie Underwood, and Chris Stapleton are just a few of the superstars that walked away with a top honor of the evening.

Urban received quite the surprise while be named 2018 CMA Awards Entertainer of the Year. The 52-year-old previously won in this category back in 2005 and was shocked to hear Lionel Richie announce his name live from Music City.

.@KeithUrban's #CMAawards Entertainer of the Year acceptance speech got us like 😭😭😭 pic.twitter.com/yn6k9N5DB7

Kacey Musgraves stunned the crowd garnering her the award for Album of the Year following the success of her album, Golden Hour. She is the first female to win in this category since 2014.

Entertainer of the Year: Keith Urban

Music Video of the Year: Thomas Rhett- "Marry Me"