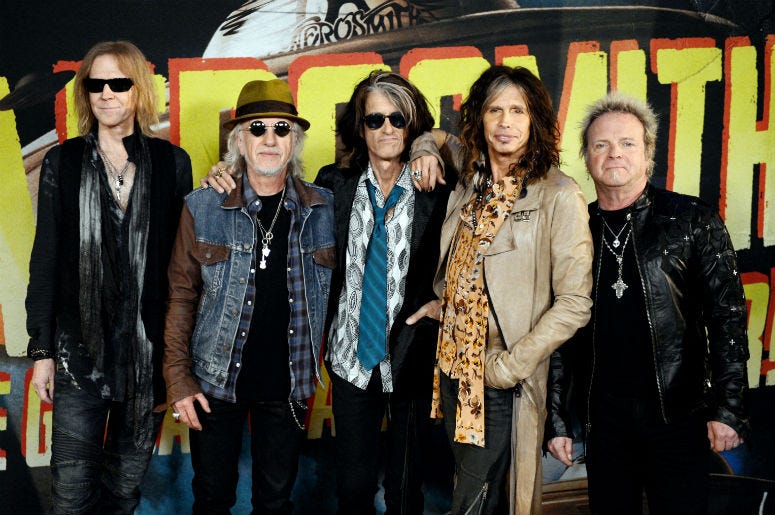 Aerosmith's Joe Perry has confirmed that the band will head to Las Vegas to celebrate their 50th anniversary in 2019. The iconic musicians, including frontman Steven Tyler, will launch a residency next spring.

According to NME, Perry revealed that Aerosmith is currently in the middle of production and the new show will be like nothing fans have seen before. This isn't the first time an Aerosmith member has teased a residency either.

"I feel like we've been out of the wind for a while and it seems like it would be a really cool thing to bring some of the history back," Perry shared in a recent interview.

It has been reported that Aerosmith will confirm details during their TODAY Show appearance live from New York City Wednesday, August 15.