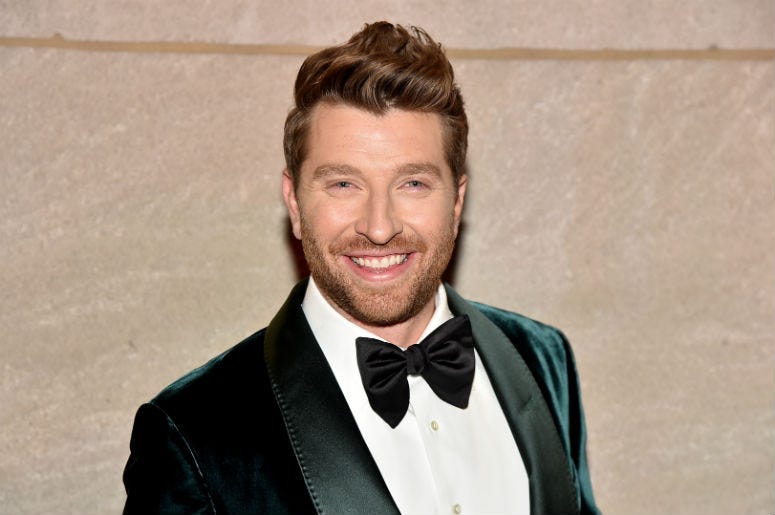 It's time to get into the holiday spirit with Brett Eldredge. The country superstar announced today (October 2) that he will release a deluxe edition of his 2016 Glow album.

The 18-track collection will drop on October 26 ahead of his 'Glow LIVE' tour. It will feature four brand new renditions covered by Eldredge including "Do You Hear What I Hear," "Silver Bells," "Sleigh Ride," and "A Holly Jolly Christmas."

“I love Christmas music more than just about anything in the world,” said Eldredge. “The (sleigh) ride Glow has taken me on has been so much fun, so now we’ve decided to make it deluxe! We’re also touring with these holiday songs in some of the most magical Christmas cities in North America. I can’t wait!”

Eldredge recorded the deluxe version of Glow in New York at Avatar Studios. Fans will be able to pre-order his latest project starting on October 12 because according to the 32-year-old, it's never too early to start listening to some holiday jams.

GLOW is back and it’s gonna be BIG! A bunch of new CHRISTMAS JAMS and Christmas SHOWS!!!! It’s never too early!🎅🏼🎅🏼🎅🏼(pre order Oct 12) pic.twitter.com/TiaysUYcij