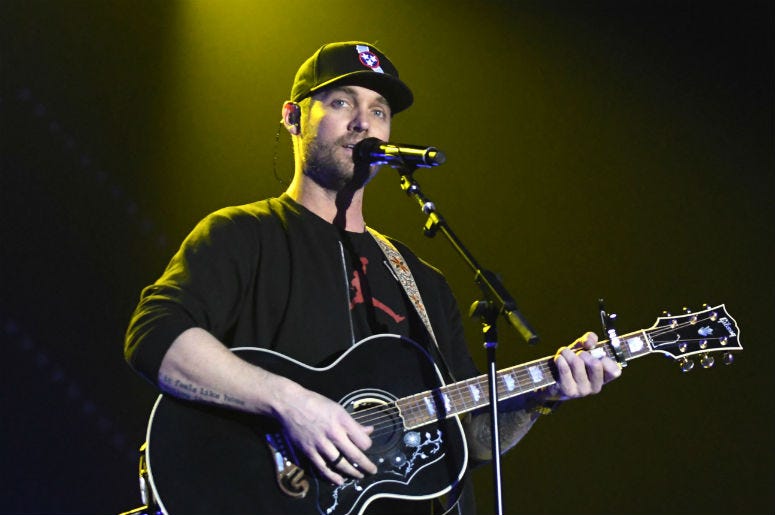 Brett Young has released a brand new single today (September 14) titled "Here Tonight." It is the first to be released from the country singer's upcoming sophomore album, Ticket To L.A.

“‘Here Tonight’ is about those moments, if you’re lucky enough to have them in your life, that are so good that you wish they could last forever,” Young says.

“It’s very light – intentionally – and sonically it’s very upbeat,” he explains. “That doesn’t exist as much on the first album, so I wanted to showcase a bit more versatility this time around. I think it's the perfect way to cap off the summer.”