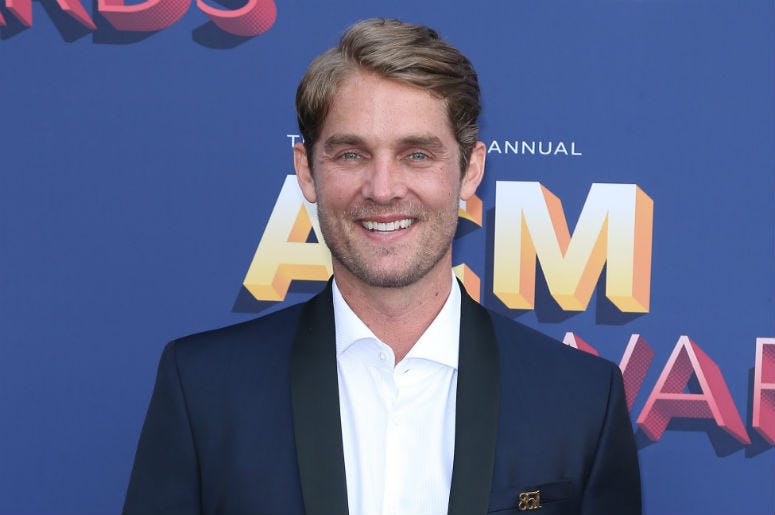 Brett Young will take one Ticket To L.A. for the release of his highly-anticipated sophomore album. The country singer's new collection will feature 13 brand new tracks and is set to be released on December 7.

“It’s been four-and-a-half years that I’ve been in Nashville,” says the chart-topping Southern California native. “A lot has happened, the first record has been really good to me and I’m really, really proud of it. But just having a new batch of songs – it’s like breathing new life almost.”

Young's Ticket To L.A. follows his previously released platinum-certified singles including "Sleep Without You," In Case You Didn't Know," "Like I Loved You," and "Mercy." The 37-year-old's upcoming album will touch on a new theme in the romance department as he once again allows fans into his personal life.

“I decided to name the album Ticket To L.A. because flying home to Los Angeles has become such a big part of my life,” Young explains. “A lot of the first record reflected a kind of hard point in my life when I was moving from Los Angeles to Nashville, but I’m in a completely different place now. I’m so happy, and I think you can really hear that shift on the new record."

Brett Young will headline the new CMT on Tour-- Here Tonight with special guests Tyler Rich and Rachel Wammack which kicks off in November.

6. Where You Want Me

10. The Ship And The Bottle