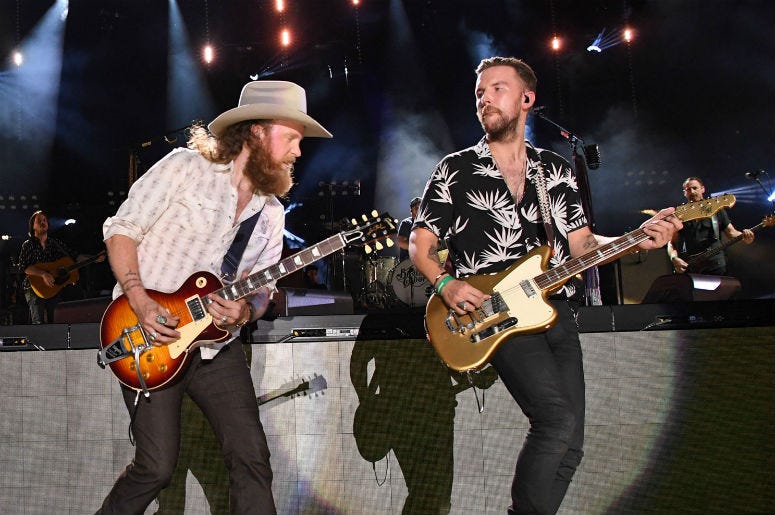 It's time for operation "Shoot Me Straight" starring Brothers Osborne. The country duo has released the music video for the lead single off their sophomore album, Port Saint Joe.

While John Osborne and T.J. Osborne struggled to come up with the perfect video concept, it fell into the hands of their creative directors. Let's just say Brothers Osborne take it to the space force and beyond with their latest project.

“This idea genuinely spawned out of us not being able to come to agreement on what we wanted the video to be about,” says TJ.  “After weeks of back and forth emails, conference calls, treatment pitches, etc., we came to the conclusion that we needed to make a video about, well, not making a video. It turned out to be so damn fun,” adds John.

The CMA Award-winning country act teamed up with real-life directors Wes Edwards and Ryan Silver to bring their very own idea to life. Brothers Osborne are currently out on the road with Dierks Bentley for his 'Mountain Hight Tour' and is also featured in the mockumentary as well.

Y’all these video treatments are completely ridiculous. You would literally have to knock us out with a blow dart or chloroform to get us to do any of these asinine ideas. #spaceforce pic.twitter.com/DNU2lGLCpD