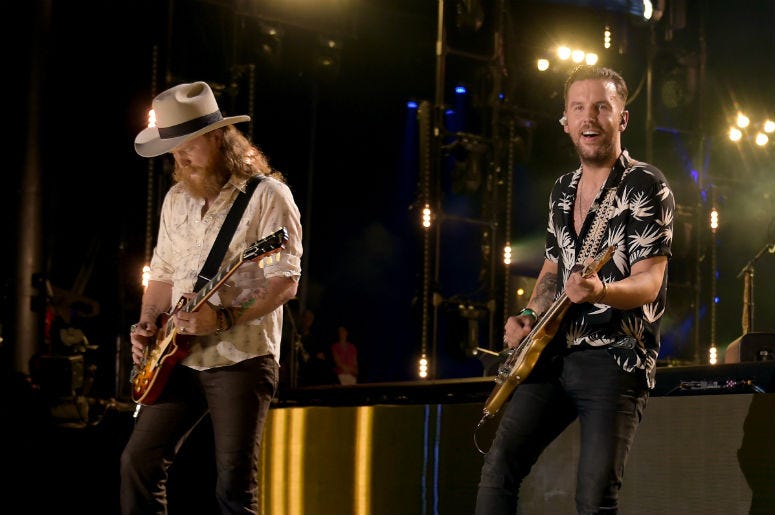 Brothers Osborne have announced their next single to country radio will be "I Don't Remember Me (Before You)." The country duo's latest release is featured on their sophomore album, Port Saint Joe.

John Osborne and TJ Osborne co-wrote their new love song along with Shane McAnally and Matt Dragstrem. It follows Brothers Osborne's lead single off the album, "Shoot Me Straight."

Brothers Osborne are nominated for both Vocal Duo of the Year and Musical Event of the Year at the upcoming 2018 CMA Awards. They are currently out on the road as a supporting act on Dierks Bentley's 'Mountain High Tour' and will headline their very own next year.