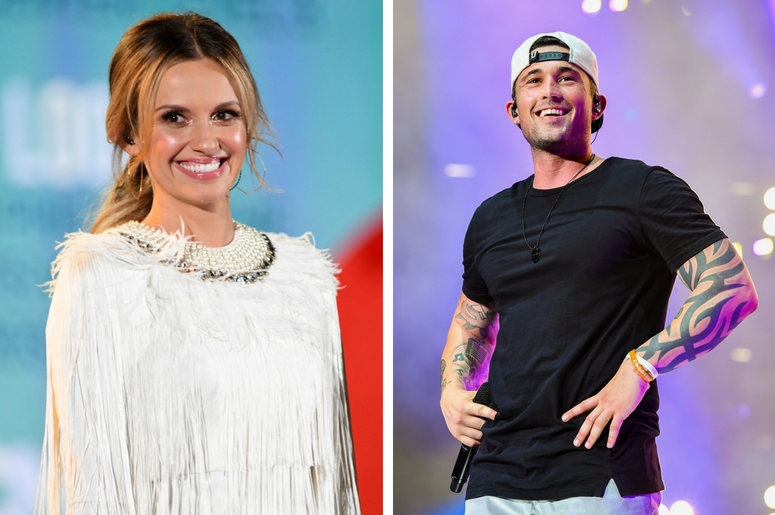 Carly Pearce and Michael Ray announced that they are officially a couple on Wednesday night (July 18). The country singers shared the news on social media with an adorable photo of themselves sitting at The Nashville Palace together.

Pearce, 28, and Ray, 31, shared the same image on Instagram below with the caption, "One random night over old classic country music at @thenashvillepalace changed everything."

Pearce is currently out on the road opening up for the Rascal Flatts Back To Us Tour in support of her debut album, Every Little Thing. Ray recently dropped his sophomore album, Amos, and gave his new single, "One That Got Away," its late night debut on Jimmy Kimmel Live!.

And then one random night at the Nashville Palace changed everything. ❤️ [photo: @rkdeeb]