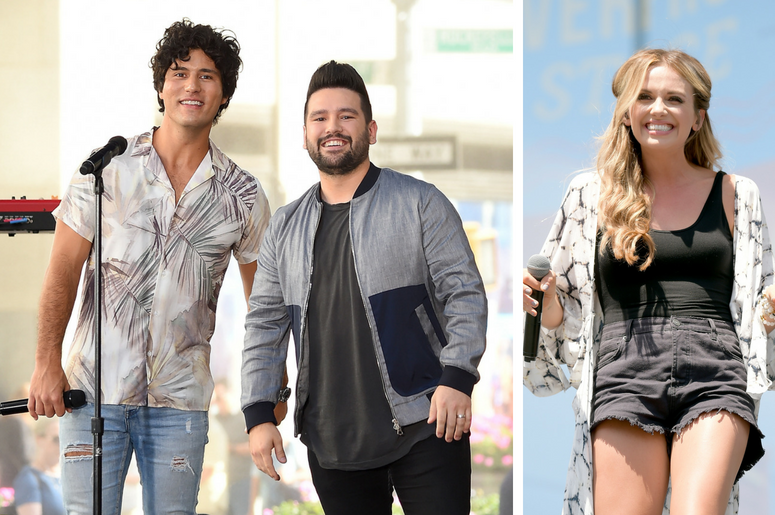 Carly Pearce has shared a cover of Dan + Shay's smash hit, "Tequila." The track is featured on the country duo's newly released self-titled album and is their fourth consecutive No. 1 single.

"On my way to the @Opry, I heard @DanAndShay's "Tequila" (which is one of my FAVORITE songs on Country radio right now) so I HAD to perform it for Radio Replay!!!! Hope you like my rendition of their smash hit," Pearce shared to Twitter.

Of course Pearce's delicate performance grabbed the attention of Dan Smyers and Shay Mooney. The guys responded on Twitter as well stating, "THIS SOUNDS SO GOOD. We need to sing it together sometime this summer!"

Pearce released her debut studio album, Every Little Thing, in October of 2017. She is currently out on the road as a supporting act on the Rascal Flatts' 2018 Back To Us Tour alongside Dan + Shay.