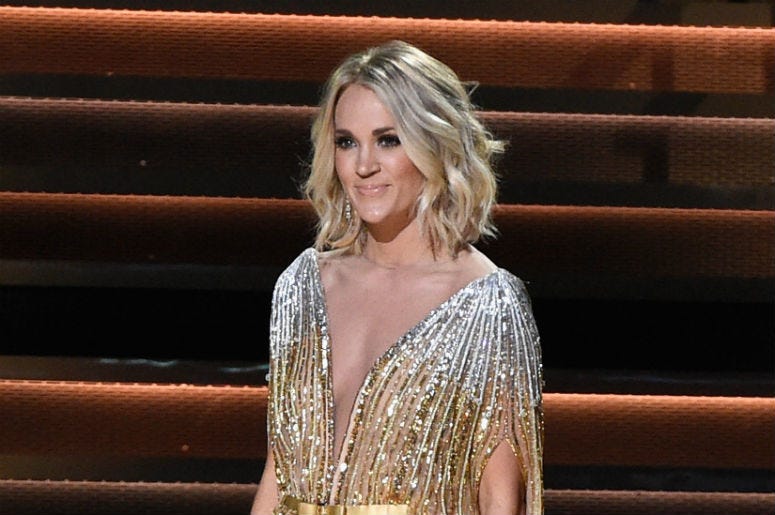 Underwood gave Jimmy Fallon's New York City audience an exhilarating performance of her track, "Love Wins." The song was co-written by the 35-year-old and serves at the lead single from Cry Pretty.

Prior to performing the uplifting anthem, Underwood joined Fallon on stage to discuss her new collection of music and more. She even opens up on her most recent health scare which led her to cancel a few shows in the UK.

As fans of Underwood already know, she's expecting her second child with husband Mike Fisher. Their new baby will join their 3-year-old son Isaiah who she hopes will sing just like her one day.

The singer-songwriter will return to host the 2018 CMA Awards alongside Brad Paisley Wednesday, November 14. Carrie Underwood will also hit the road next year for her 2019 'The Cry Pretty Tour 360' with special guests Maddie & Tae and Runaway June.