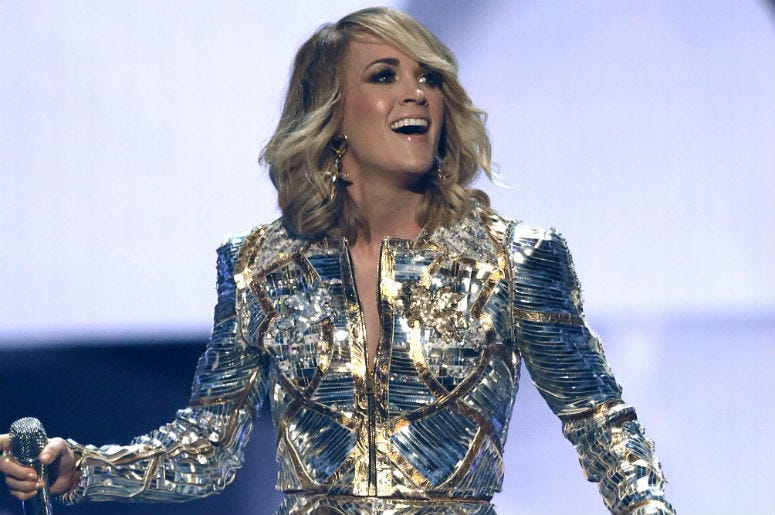 If you're trying to "Cry Pretty" at the moment, we totally understand. Carrie Underwood has shared an exciting update with fans ahead of her new single being released tomorrow.

The country superstar is starting to feel more like herself these days after recovering from a fall and writing new music. Underwood shared a statement to her website unveiling details on her upcoming album, what exactly she's been up to over the past few months, and more.

"Sometimes I think things happen in order to make us slow down," Underwood said.

The 35-year-old discussed the silver linings of her recent injury, stating she took time to have "forced relaxation" and spend quality time with her husband, Mike, and son, Isaiah.

Underwood has also been hard at work preparing to drop her soon-to-be-released track April 11 at 6 a.m. ET. The singer-songwriter co-penned "Cry Pretty" alongside Hillary Lindsey, Liz Rose, and Lori McKenna.

"The title refers to when emotions take over and you just can’t hold them back. It really speaks to a lot of things that have happened in the past year and I hope when you hear it, you can relate those feelings to those times in your life. It’s emotional. It’s real. And it ROCKS!"

Carrie Underwood will perform during the 2018 ACM Awards live from the MGM Grand Arena in Las Vegas on Sunday, April 15 at 8 p.m. ET on CBS.

Good morning! Just a couple of updates to share with you…😉 https://t.co/gfbFNEkP40 pic.twitter.com/YuGXY4JkRK