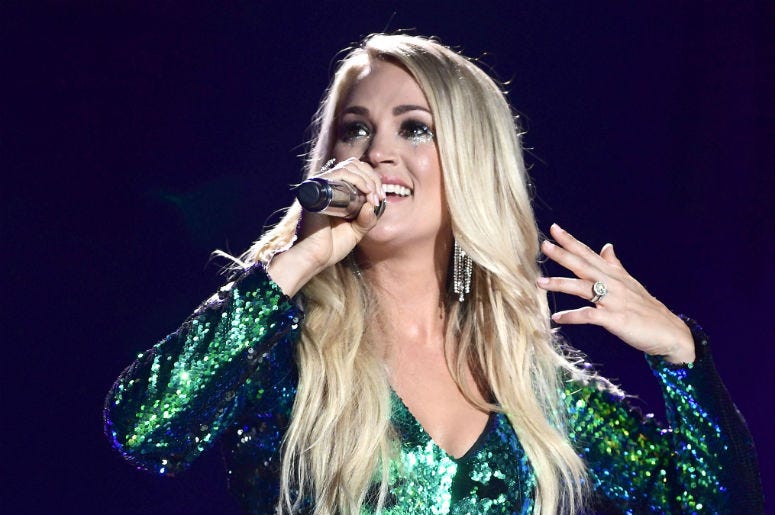 Carrie Underwood’s brand new album, Cry Pretty, is set to be released next month and she wants it to be known that her music should feel relatable to her fan base. The country superstar first introduced the project with the lead single and title-track.

Underwood gave “Cry Pretty” its television debut during the 2018 ACM Awards back in April. Prior to the performance, the singer-songwriter delivered a statement to update everyone on her music and health among other things.

Throughout the clip below, she goes into detail on the powerful words behind "Cry Pretty." While we follow the rest of her musical journey ahead of her upcoming album, Underwood says, "I want people to listen to it and by the end, just feel like they've kind of gotten a little bit of an emotional release just by listening to the song."

The song was co-written by the 35-year-old herself along with Hillary Lindsey, Liz Rose, and Lori McKenna. Underwood’s lyrics speaks to her very own personal experiences throughout the last year.

Carrie Underwood will hit the road next year for her 2019 'The Cry Pretty Tour 360' with special guests Maddie & Tae and Runaway June.