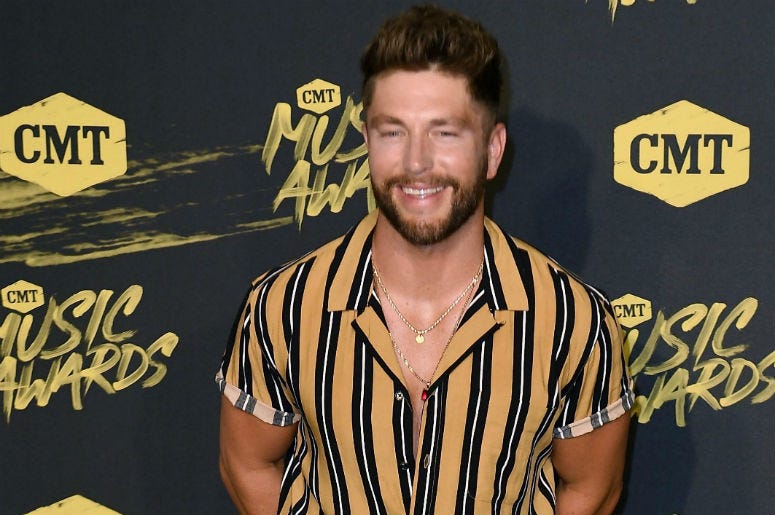 Chris Lane is taking Laps Around The Sun with the release of his sophomore album. The country singer dropped the record on July 13 and it features 14 brand new songs.

Each of the new tracks were chosen based on a personal connection the North Carolina native had with the lyrics. Lane's Laps Around The Sun was produced by Joey Moi and was recorded entirely with a live band.

Lane first introduced the record with the lead single, "Take Back Home Girl," which features pop star, Tori Kelly. The 33-year-old also enlisted fellow country singer, Danielle Bradbery, for her angelic vocals on "Without You."

"This time around, I knew exactly what I was going for and I just went for it. Lane shared to People. "I had two years to grow. I think people will definitely be able to see the growth just in the songwriting and the songs that I picked and how they evolved."

Lane also opened up to the magazine about Kenny Chesney and how the music superstar influenced his new record. He credits the "Get Along" singer for helping him feel the connection between the music and his fans while on stage.

Click here to check out Chris Lane's Laps Around The Sun.

Wanna be the first to hear my new album on July 13th? Y’all can go presave “Laps Around The Sun” right now. ☀️ 🌴 Click here: http://bit.ly/2KTDntz

5. Laps Around The Sun

8. All The Right Problems

13. Without You (Feat. Danielle Bradbery)