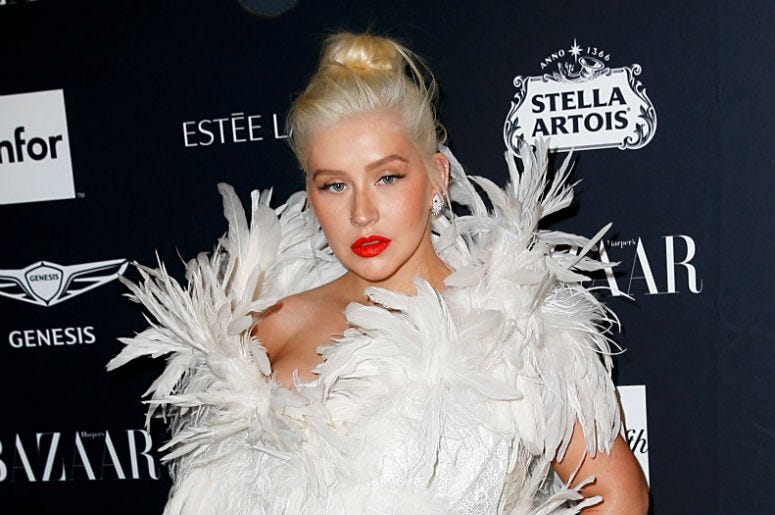 Christina Aguilera's 'Liberation Tour' kicked off Tuesday night (September 25) in Hollywood, Florida. The superstar had a special surprise for the audience after she completed a breathtaking performance of "Unless It's With You."

Aguilera brought two fans, Ben Lear and Mike Kontomanolis, on stage to deliver the ultimate marriage proposal. While the singer got quite emotional, the newly engaged couple thanked the 37-year-old for being such an inspiration in their lives.

She went on to tell the crowd to turn this concert into a wedding reception for the two love birds. According to E! News, Aguilera met the couple backstage which led her to find out Kontomanolis was a volunteer at one of her Back to Basics concert in 2006.

Aguilera released her eighth studio album, Liberation, in June which features her first two singles, "Accelerate" and "Fall In Line." The singer-songwriter will be out on the road for her 2018 Liberation Tour through the end of November.