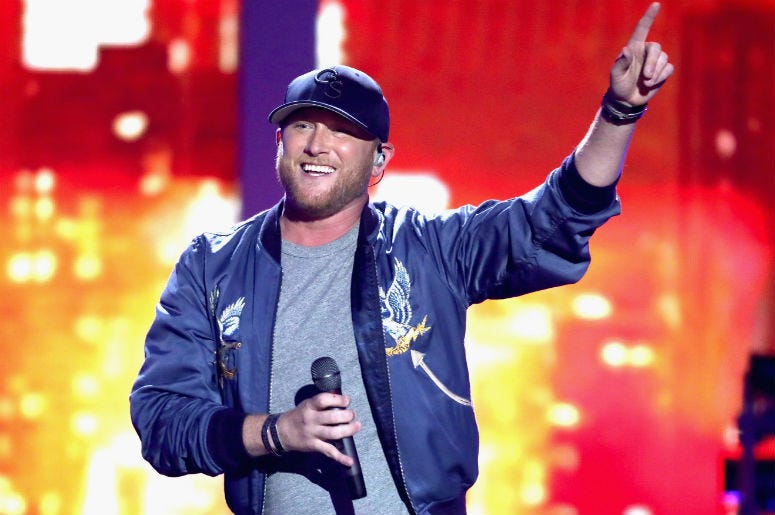 Cole Swindell has announced that he will release his third studio album, All of It, on August 17. The country singer has already shared three tracks from the highly-anticipated project including "Break Up In The End," "Somebody's Been Drinkin'," and "The Ones Who Got Me Here."

“I have been so excited about releasing the music for my third album and my fans have been so patient with me while I took the time needed to make it right that I had to give them something,” laughs Swindell. “They are the ones who got me here to this important third album, and I felt they deserve to be the first ones to get a taste of the new music so we have been quietly releasing a few of the songs every few weeks for them."

The All of It track list includes the lead single, "Break Up In The End," which was the most added song to country radio the day of its release.

"It has been great to hear what they think of the songs because they are the reason I am still here getting to do this,” Swindell said.

Swindell has already scored a record-breaking seven No. 1 singles as a solo artist throughout his career. The Georgia native recently wrapped up his first headlining run for his 2018 Reason To Drink Tour.

The 34-year-old will be on tour throughout the summer and will celebrate All of It on release day in New York City. Cole Swindell will perform at the Plaza at Rockefeller Center as part of NBC's Citi Concert Series on TODAY.

So excited to finally tell y’all my new album “All of It” will be available 8/17. Get your D2C packages now on https://t.co/QyFRtyDZuh pic.twitter.com/yVLMGJfjS8