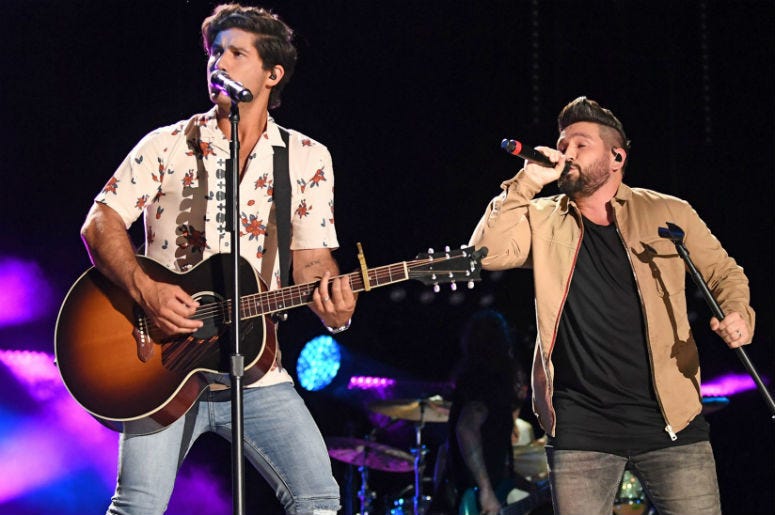 It's time to grab the "Tequila" because Dan + Shay have released a remix for their smash hit. The track marks the country duo's fourth No. 1 single while delivering the new collaboration with R3HAB.

"Tequila" is featured on Dan + Shay's brand new self-titled album which was released June 22. The record represents who Dan Smyers and Shay Mooney are as artists as well as where they're going.

Dan + Shay are currently out on the road as a supporting act on the Rascal Flatts'  2018 Back To Us Tour.